May marks the first anniversary of the death of Stanisław Niemczyk, a separate architect who has always followed his independent creative path. He started with a technical school, which he said made him "rub against the matter itself" first. Then he studied at the Faculty of Architecture in Krakow, where he chose the visionary professor Włodzimierz Gruszczyński as the promoter of his diploma. After graduation, in Tychy, he started working in the state design office, which at that time uniformed many, except him.

Leaving the office in 1985, he began to follow his independent path. The "Nad Jamną" housing estate was established in Mikołów (1986), and the Primary School No. 51 in Giszowiec with a sports hall, which was completed in 2002, but his path was mainly marked by churches. Among them, the Church of St. Of the Spirit in Tychy (1983), with paintings by Jerzy Nowosielski. Followed by churches: in Krakow - Divine Mercy (1994), in Czechowice Dziedzice - under the invocation of Christ the Redeemer (1998). Later, other churches in Tychy, Pawłowice, Warsaw and Pszczyna, and recently, the monumental monastic complex of Franciscans in Tychy.

Stanisław Niemczyk was like a medieval bricklayer, a master who spent a lot of time on the construction site. He was always there, where he chose a brick, stone, where he decided about the threads of the walls, sequences and details. Let's take a look at some of his fascinating Silesian projects that you can see, touch, experience "live", because they are close, at your fingertips, in Tychy and Czechowice-Dziedzice. 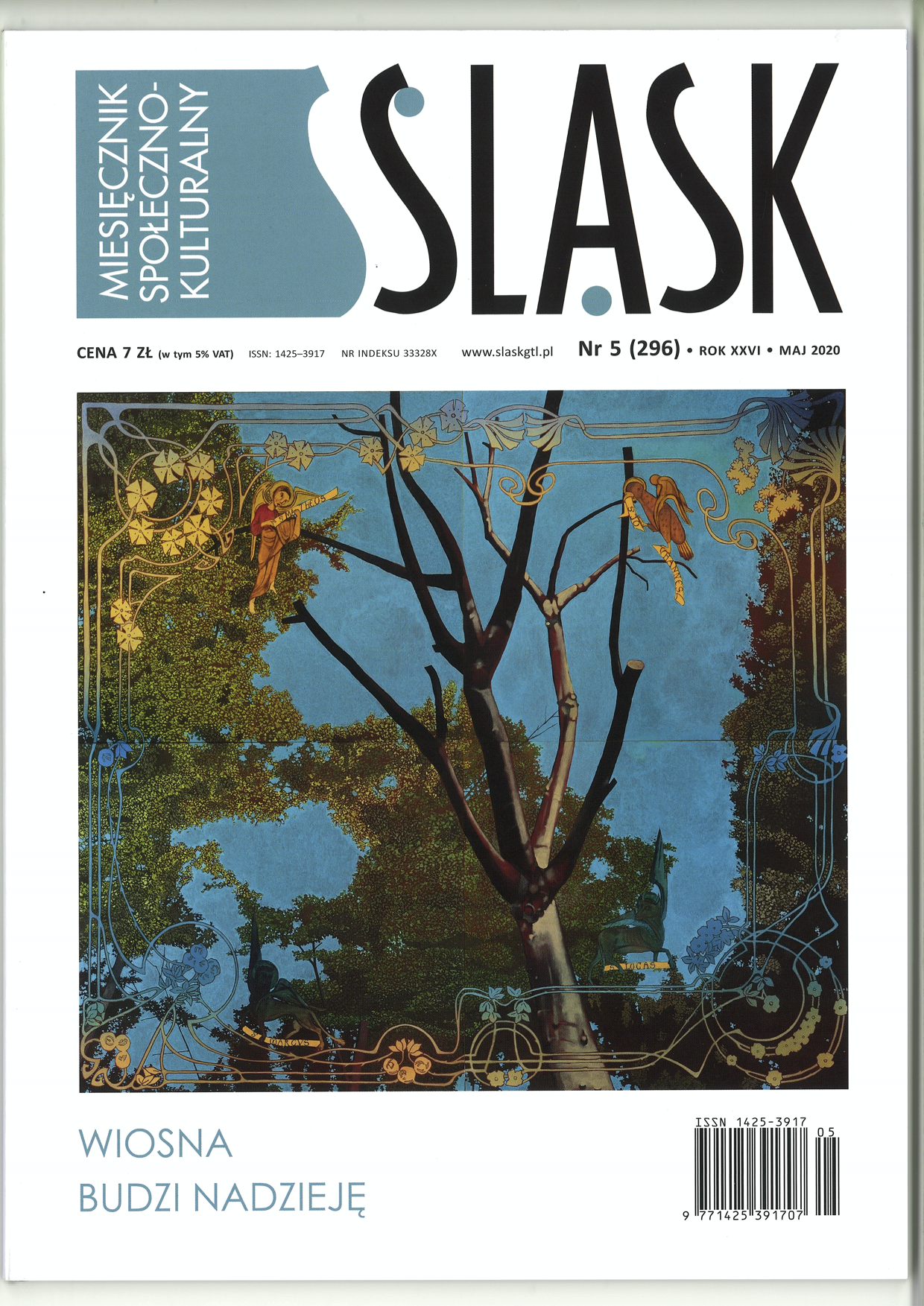 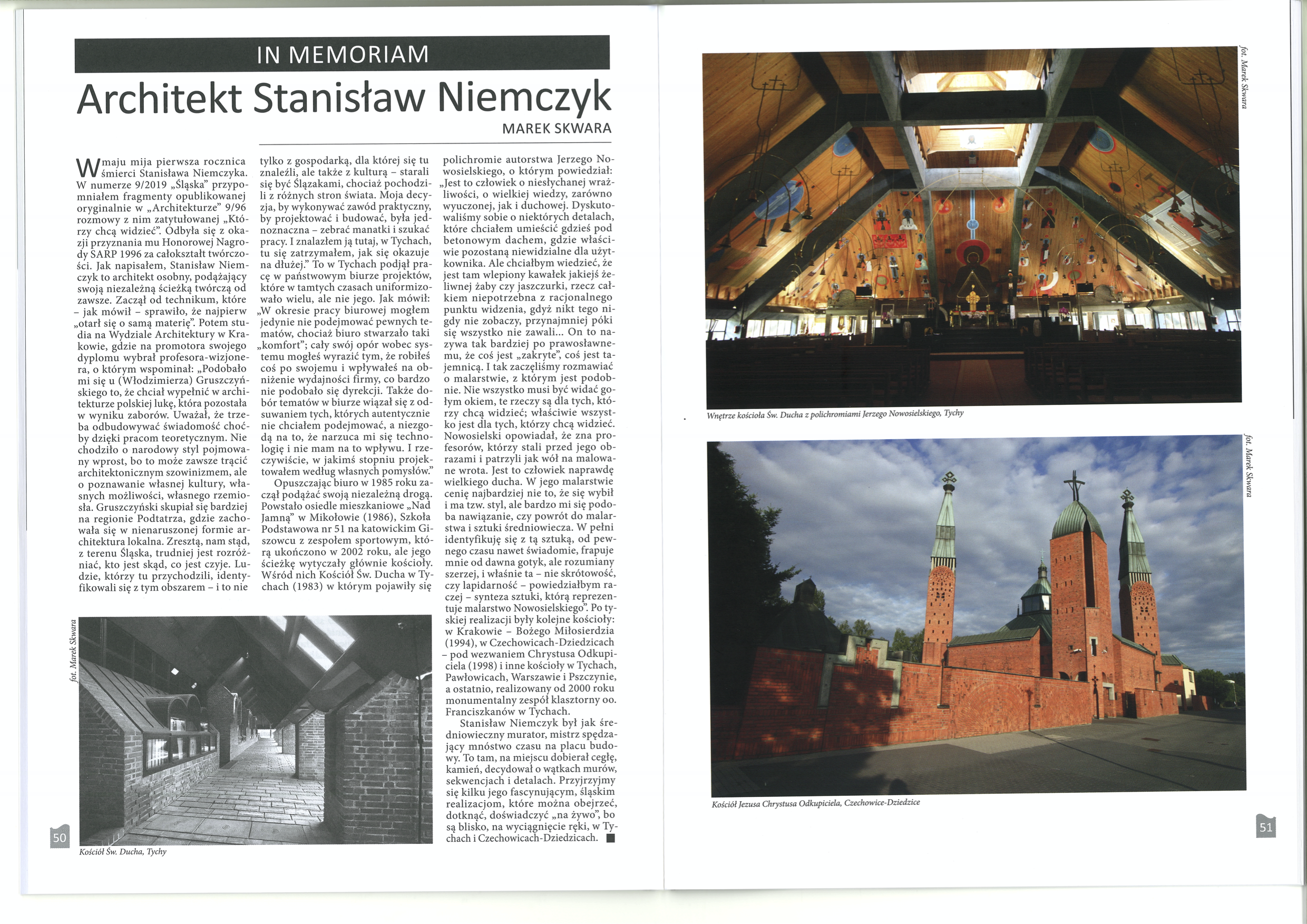 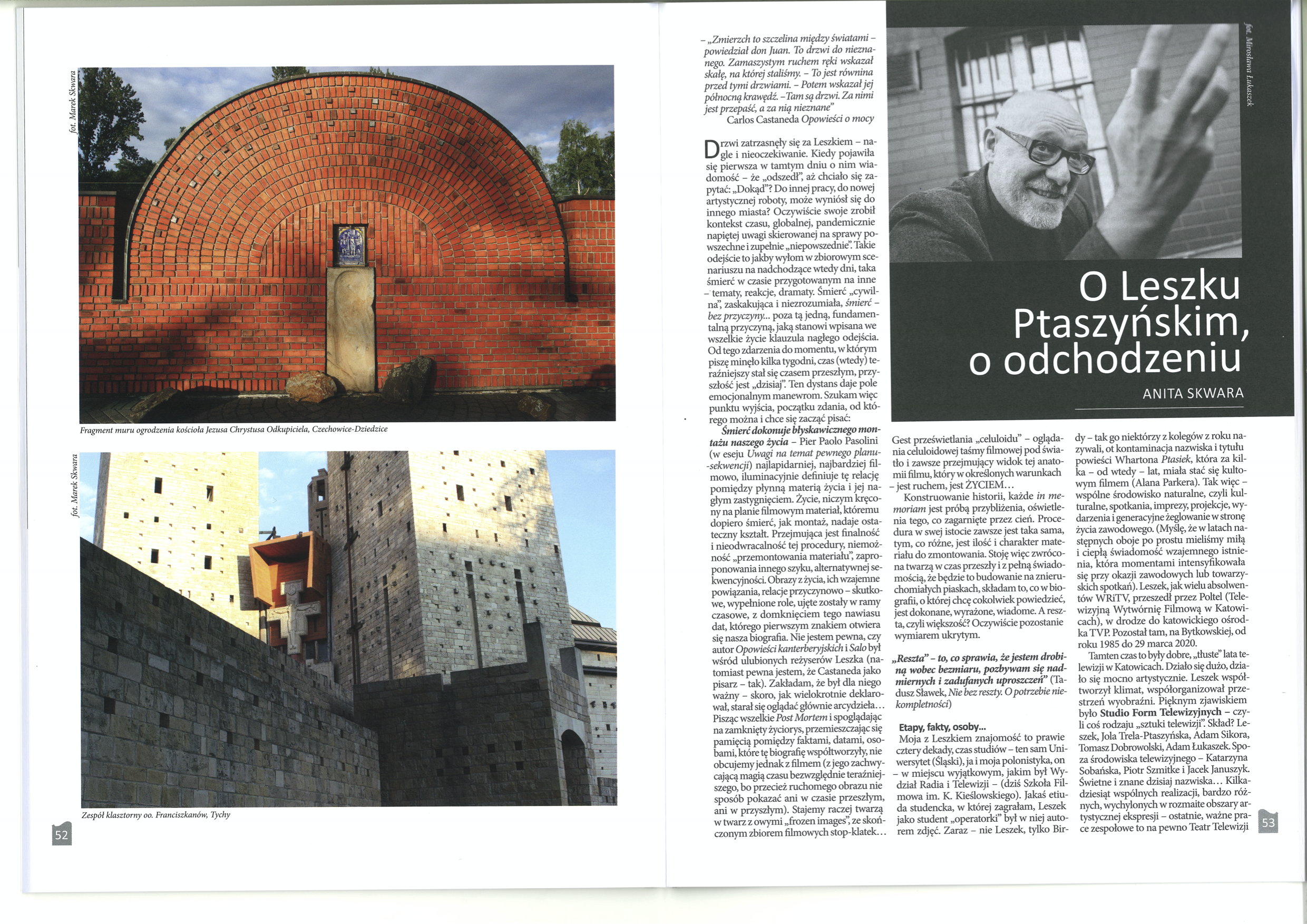