St. Barbara's Bastion at Jasna Góra Monastery was chosen as the location of the Golgotha of the East chapel in 2004 on the basis of the Atelier PS concept design. After it was accepted by the Pauline Fathers and accepted by Pope John Paul II, further design and research work gained momentum. Starting from the end of this year, a number of permits were obtained for archaeological, conservation and construction works. The open-air mines carried out inside the Bastion revealed new aspects of its "interior", the subsequent layers to be discovered required new design solutions that responded to the existing image. The removed layers of rubble and rocks were subject to constant monitoring and documentation by archaeologists. The trench descending lower and lower, in the part below the foundations of the walls, made it necessary to build reinforced concrete foundations for the original walls. When, in the south-west corner of the inner zone of the Bastion, the excavation reached the level of the casemates, the two spaces were connected by barrel-vaulted tunnels carved in the walls several meters thick, repeating the arched finishes of the recesses found in the casemates.

A reinforced concrete ceiling was poured over the casemates, between the tops of their brick barrel vaults and the ceiling slab of over two meters high, space for an extensive ventilation system, with heating and cooling of the building with huge channels and several central units. Finally, all the terraces constituting the roof of the complex were restored to the original level of the Bastion, both in the central part and above the casemates. The exterior of the Bastion of St. Barbara, due to the scale of the damage, was re-clad with clinker bricks, and the corners were reconstructed from huge blocks of impregnated sandstone. In this way, the dimensions and external appearance of the premises were preserved, although renovated.

This is how a magical space was created, which according to the concept included a forest of crosses in the casemates, and an altar with a holographic image of Our Lady of Częstochowa in the main hall. As light plays an integral role in creating the interior space and its atmosphere; It is a natural “dramatically” lighting of the main hall of the chapel through a three-walled glass skylight and reaching the casemates through ventilation tubes and created artificial light, lighting tests have been carried out since the target volume of the building was completed. Luminaires located in the gaps at the junction of stone floors and brick and limestone walls illuminate them from below, while the few directional ceiling luminaires complete the light drama of the interior. Vertical illumination of the altar wall was also used. At the same time, numerous attempts were made to illuminate a dozen or so model crosses in the Bastion casemates with individually designed luminaires. which, however, was not included in the final solution.

Construction at St. Barbara's Bastion began with a project in 2004, with immediate entry to the construction site with archaeological, restoration and architectural work, and is finalized to this day. You could say that it is a long time in the case of an area of less than 2000 square meters, but in a place where time is measured by centuries, these several years are a blink of an eye ..... 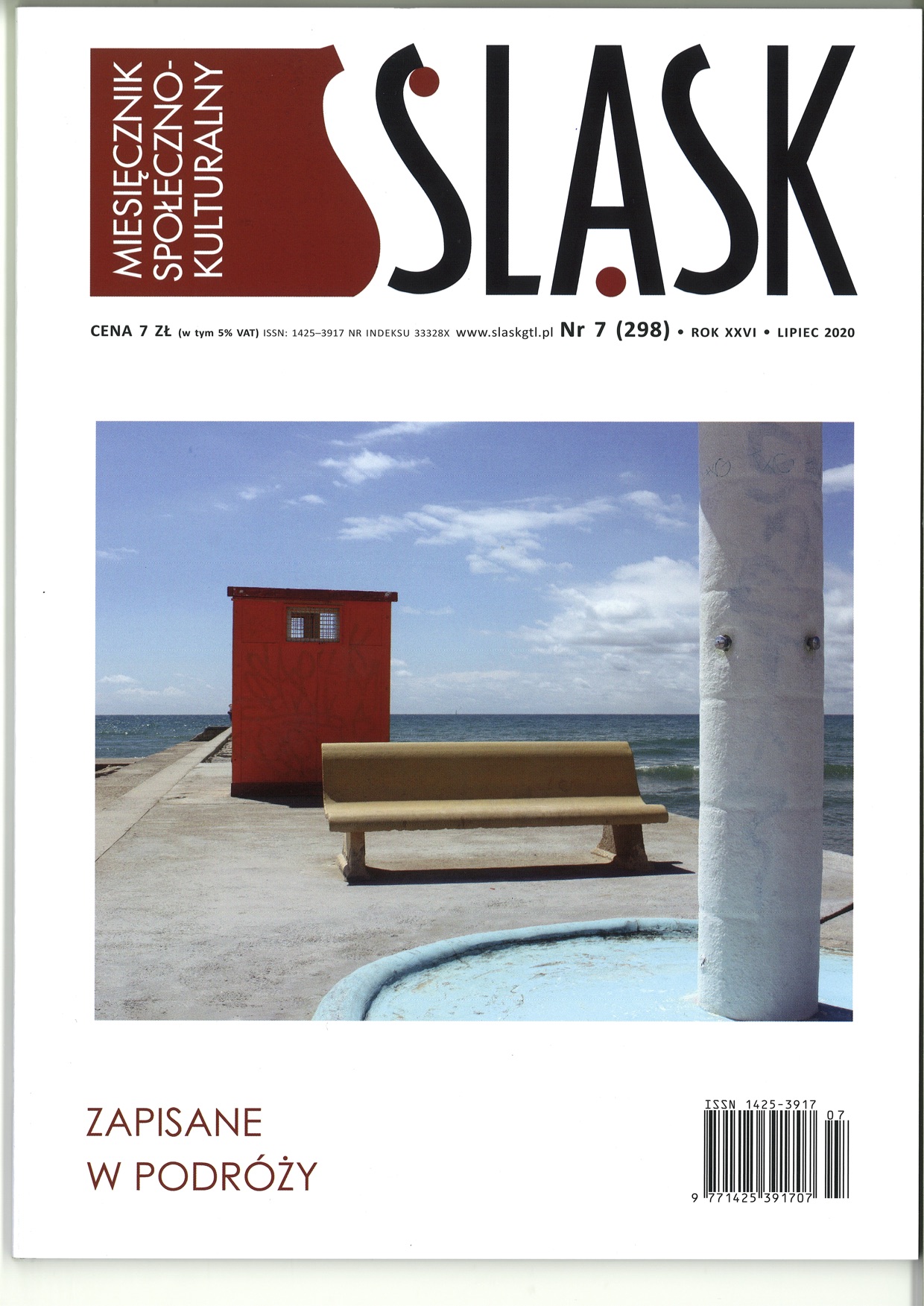 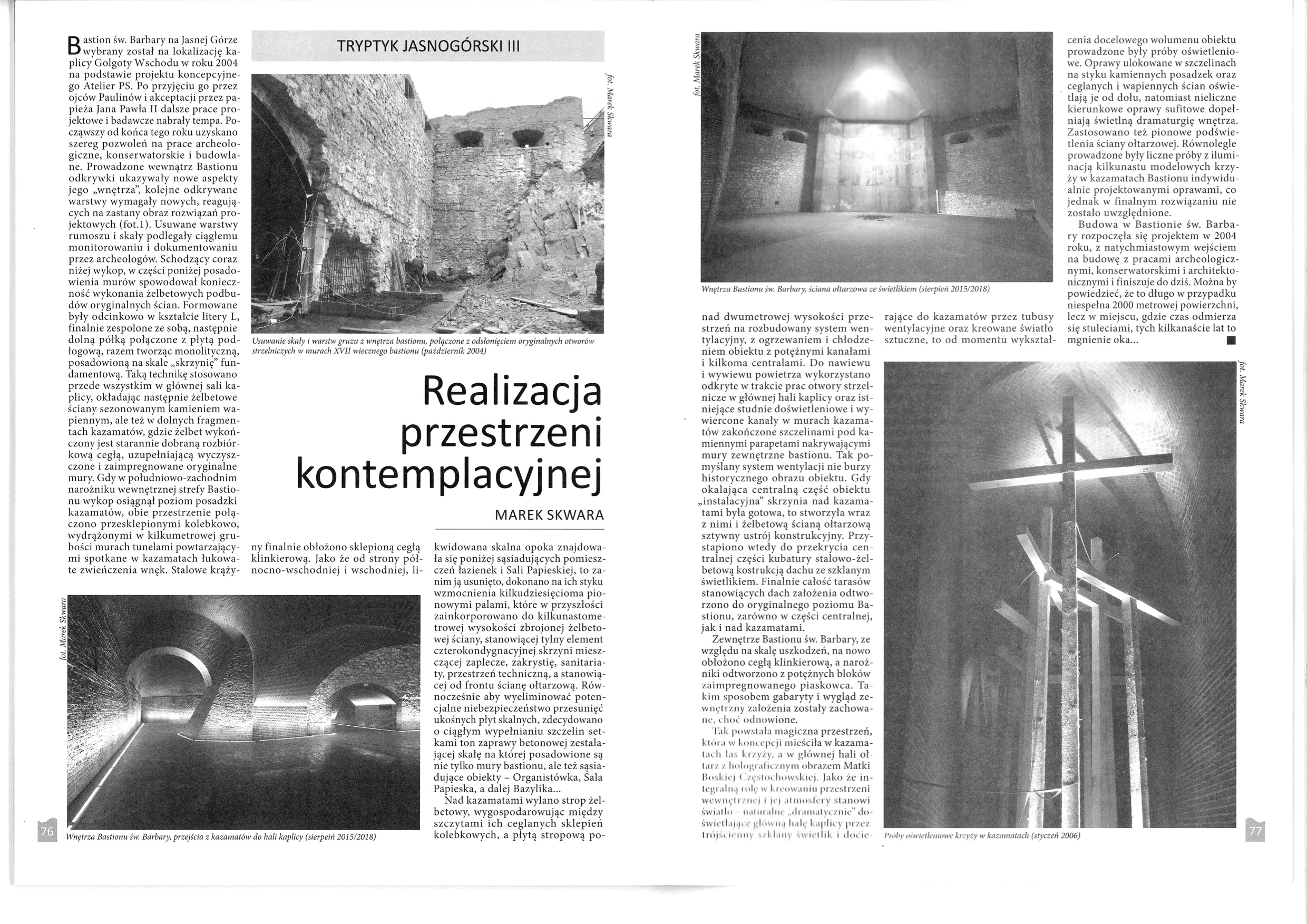