Second part of "Jasna Góra Triptych" treating about Golgotha of the East Chapel located in Saint Barbara Bastion designed by Atelier PS, was published in 4/2020 edition of ŚLĄSK monthly.

The conceptual design of the Eastern Golgotha Chapel, located in the Bastion of St. Barbara at Jasna Góra, developed by the PS Atelier in 2004, was presented by the Pauline Fathers to Pope John Paul II at an audience in the same year and blessed by him.

The project was accompanied by a description, with the fragment quoted here ... The bastion is perfectly accessible from the main south gate, as well as from the west entrance from the parking lots. The entrances allow you to get into the existing space of the brick corridor vaulted with a cradle, situated between the walls of the smaller older bastion and the outer, several meters thick walls of the newer bastion. Its shape is left behind. The brick texture of the walls is only subject to cleaning and maintenance. The brick used is mostly well fired "cherry blossoms" with a solid, undamaged structure, with sporadically appearing poorly burnt "cinders". Visible is hand-formed and machine-shaped brick. A dark granite floor and a corridor illuminated by light streaming from the gaps between the floor and the walls provide a setting for a hundred and several dozen crosses. It is a picture of the Stations of the Cross for those who died in Katyn, Kharkiv, Miednoje and other places unknown to this day. On the crosses there are votive plaques with the names of the murdered. On each cross one hundred and several dozen names - twenty-four thousand in all. A space filled with a forest of crosses made of the pines of the Katyn forest - we squeeze between them in a claustrophobic space, looking for the names of our relatives (at the entrance you can find the name on the computer list and thus make the cross with the sign with that name illuminate). We find the illuminated cross, just like the military cemetery sector - we are looking for a name - we find ....We take part in a specific Way of the Cross in the Katyn forest, in the forest of crosses ... From the narrow, vaulted space of the surrounding corridor, we enter through the passage pierced under the original arches to the ascetic, in turn, empty space of the chapel. The chapel is carved in soil and rock, inside the old walls. The chapel is calm. The dark floor of the hall turns into a light stone. The walls are partly made of exposed brick, but mostly of hewn native white limestone in the shape of a grotto. It is against its background that a huge, simple Christ cross is carved from cedar wood.

A small skylight sheds natural light on the cross and the altar, bringing them out from the darkness of the chapel. Behind them, however, there is the image of Our Lady of Częstochowa - Queen of Poland. The same one, the original of which is located in the nearby Sanctuary, but slightly different, larger and at the same time immaterial. Appearing and disappearing. Imagined how often there, in exile. Here it appears similarly, this time to the sounds of music composed by Wojciech Kilar especially for this occasion. It is present thanks to the modern three-dimensional holographic technique. Music completes the spatial shape of the building. It is an integral part of the Golgotha of the East. Heard already at the entrance to the forest of Katyn crosses, it intensifies as you go towards the chapel to culminate in front of the image of the Queen of Poland, at the altar.

Only by standing close to the altar can you see a patch of sky through the prism of the glass skylight. The pines, spruces and birches planted on the roof of the Golgotha of the East lean over it. They watch over those under the ground. So much for the description of the concept ... 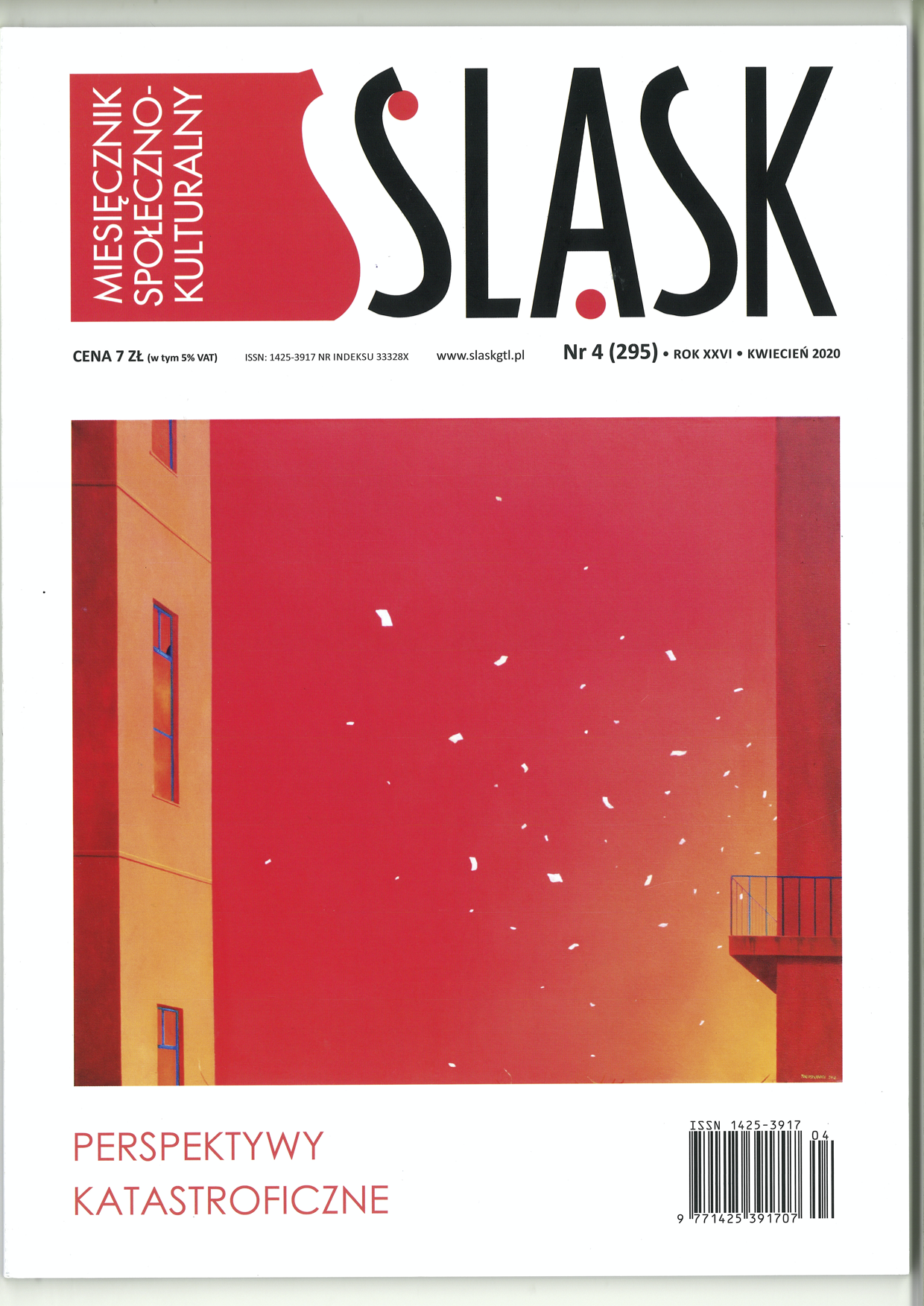 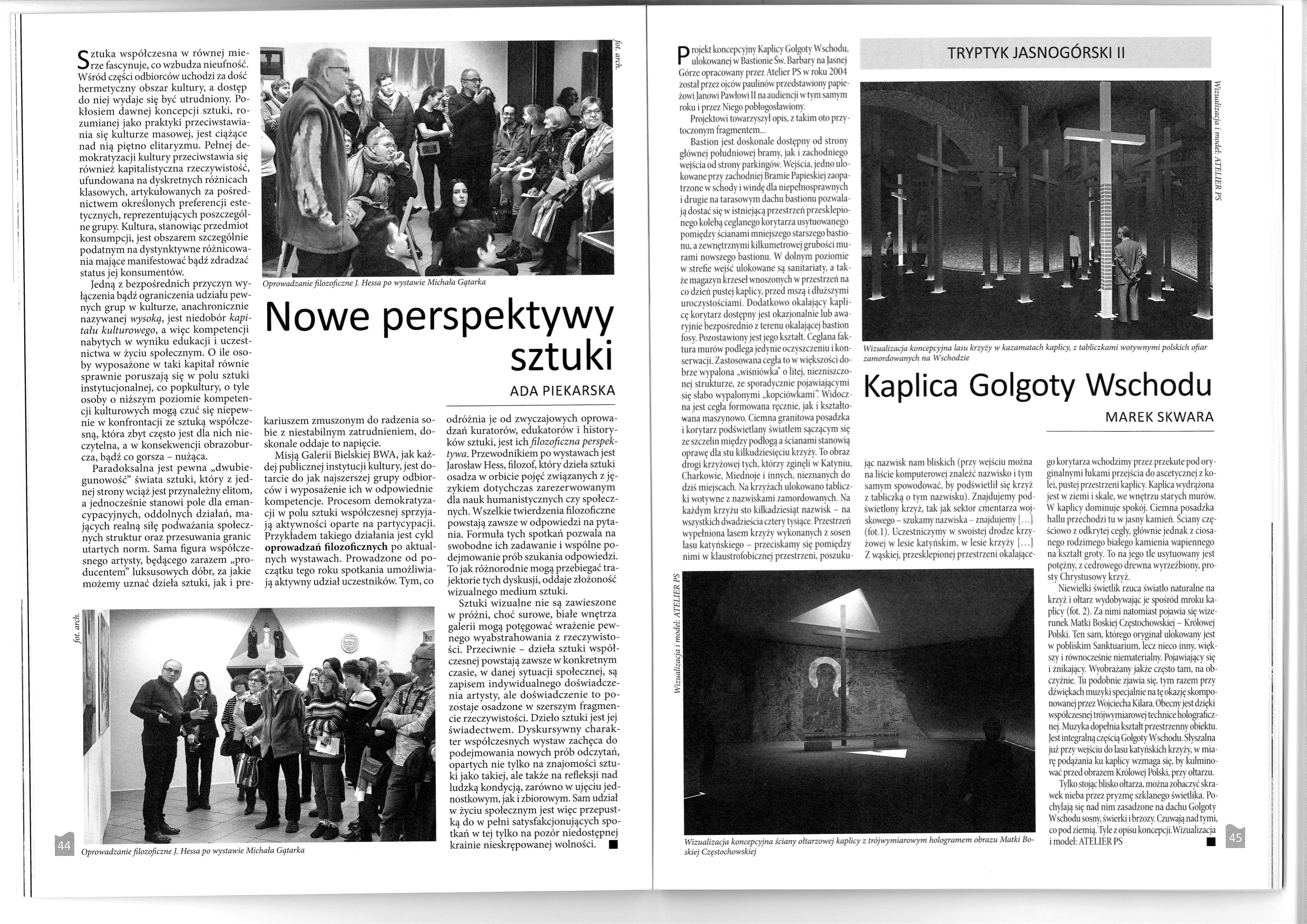