In April, ŚLĄSK published a presentation “Railway Station Square in statu nascendi" by Marek Skwara, treating about revitilization of the central square in Katowice and a its rebuilding proposal by Atelier PS, which was awarded a Second Prize in the Design Workshop organized by the City of Katowice and SARP (Polish Architects' Association).

After years of degradation of the buildings of the Old Railway Station in Katowice and the buildings surrounding the Dworcowy Square, the rehabilitation process has begun. The company Maksimum, which purchased the dominant part of the railway station buildings in 2015, started renovations the following year. Today, some buildings have found their tenants, others are waiting in line. The construction of the Diament Hotel, by Konior Studio, on the opposite frontage of the Square, has also started. We are close to initiating the reconstruction of a huge block of former railway facilities opposite the railway station. Preparing for a thorough renovation of the Dworcowy Square, the City of Katowice, together with the Katowice branch of SARP, organized a Design Workshop in 2016 for the architectural and urban concept for the development of the square in front of the Old Railway Station and the arrangement of Tylna Mariacka Street in Katowice. The first prize was awarded to the work by AiR Jurkowscy from Katowice. The presented project by Atelier PS Mirosław Polak Marek Skwara SC received the 2nd Prize in the Design Workshops.

The area of Dworcowa and Tylna Mariacka streets is a key area from the point of view of the city's functioning, It is located in the very center of Katowice's Old Town, near the Market Square, St. the main space of the central city - a kind of its salon. In contrast to the central squares operating in Katowice, including the so-called It is the only square in the market square that allows for the elimination of through-going wheel and rail communication for the sake of pedestrian dominance, with only occasional (service, emergency and intervention services) access by road transport. In this form, the square can serve as the central forum - Katowice salon.

The main assumption in the design of the Square was to maintain its format, linearity, continuity and a rather unusual shape, while at the same time emphasizing and separating "sub-squares", mainly due to graphic design (various types of flooring, lighting in the floor, arrangement of greenery and water).

In this way, an intended sequence of smaller squares was created, assigned to tectonically separated fragments of the existing buildings on the frontage of Dworcowy Square. Each of them is a kind of a matrix for the location of functions and arrangements coupled with the function of the adjacent building, and at the same time allows them to be combined, if necessary, and arranging special events and events requiring the entire space of the square (fairs, concerts, spatial installations, fairs, city fairs, exhibitions) outdoor events, happenings, "flash mob" events etc.,).

Due to the elevation of the central ground floor of this square, it is proposed to open it with a glass arcade to the raised plateau designed in front of it, with stairs leading to the square. The surface of the representative entrance area to the large-scale building will play the role of an occasional scene of municipal events - music concerts, film screenings, theater and cabaret performances, fashion shows - aimed at viewers gathered on the Dworcowy Square. It is planned that this part of the square will be covered with a roof made of a translucent polyetrafluoroethylene membrane, on a glass fiber mesh, covered with Teflon, stretched on a steel pole-tension structure. Furniture and stage equipment used for outdoor events will be stored under the constructed entrance plateau. Thus conceived, the "sub-square" will be, in fact and figuratively speaking, the bustling heart of the city.

A special role in the sequence of squares is played by the space located in terms of composition from the west, enclosed by a green garden terrace designed above the mini car park from St. John Street. It constitutes an elevated surface which is a new recreation area with an exceptionally attractive view towards the planned complex and the surrounding buildings. The naturally shaped hill on the edge of the terrace is a vegetation area for full-size trees and shrubs, and its slope is conducive to relaxation and recreation on the grass in the very center of the city. 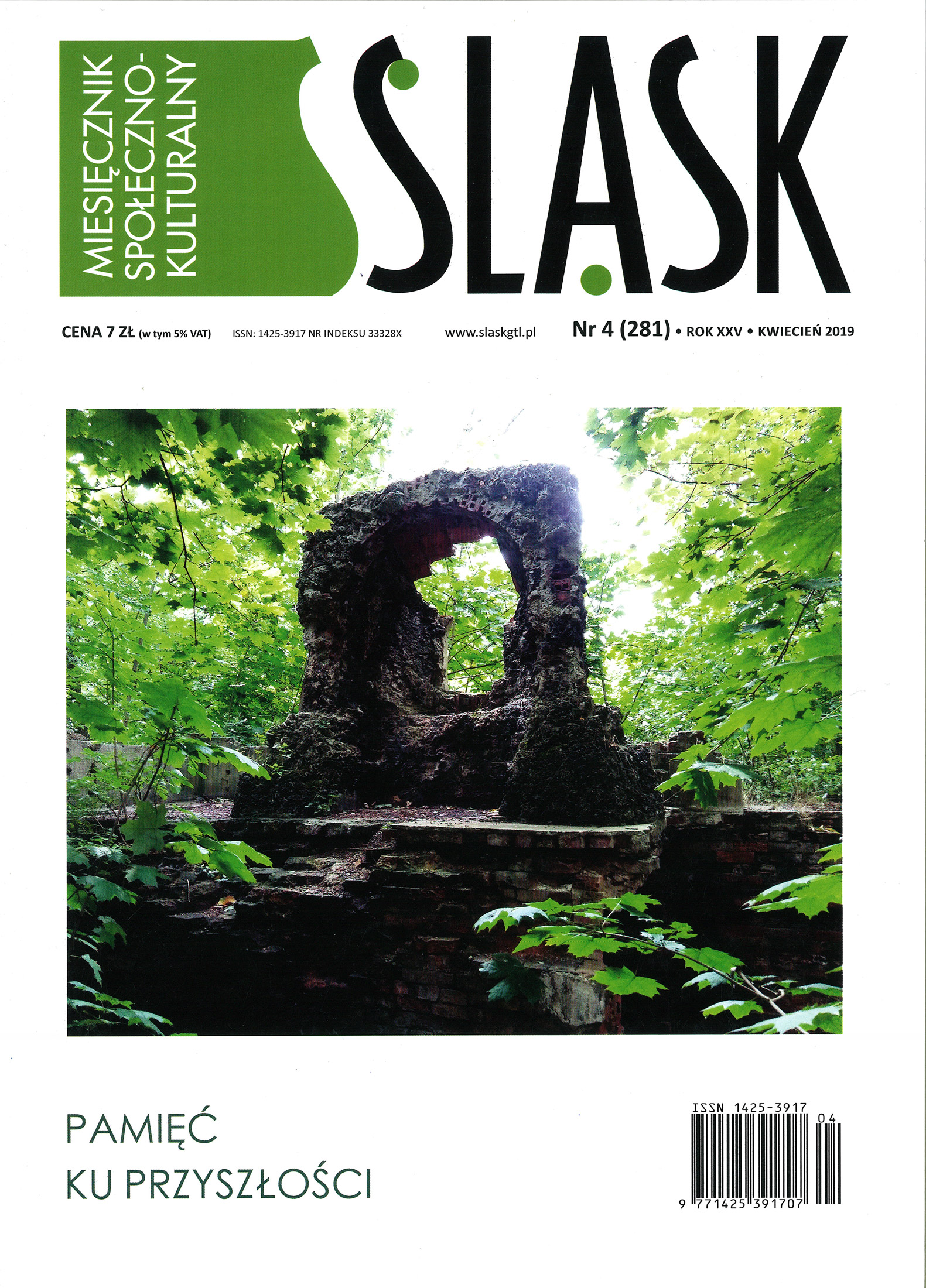 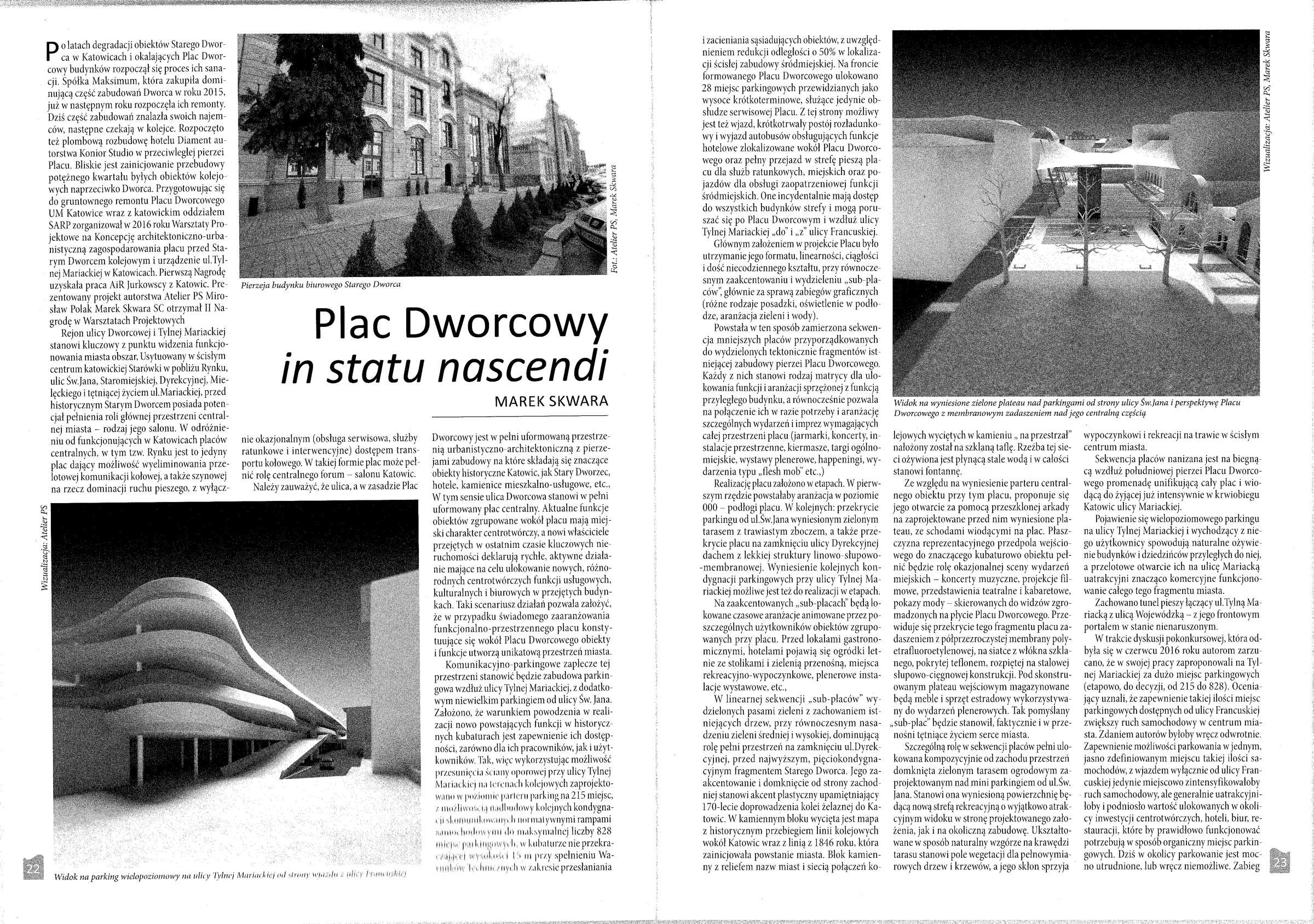 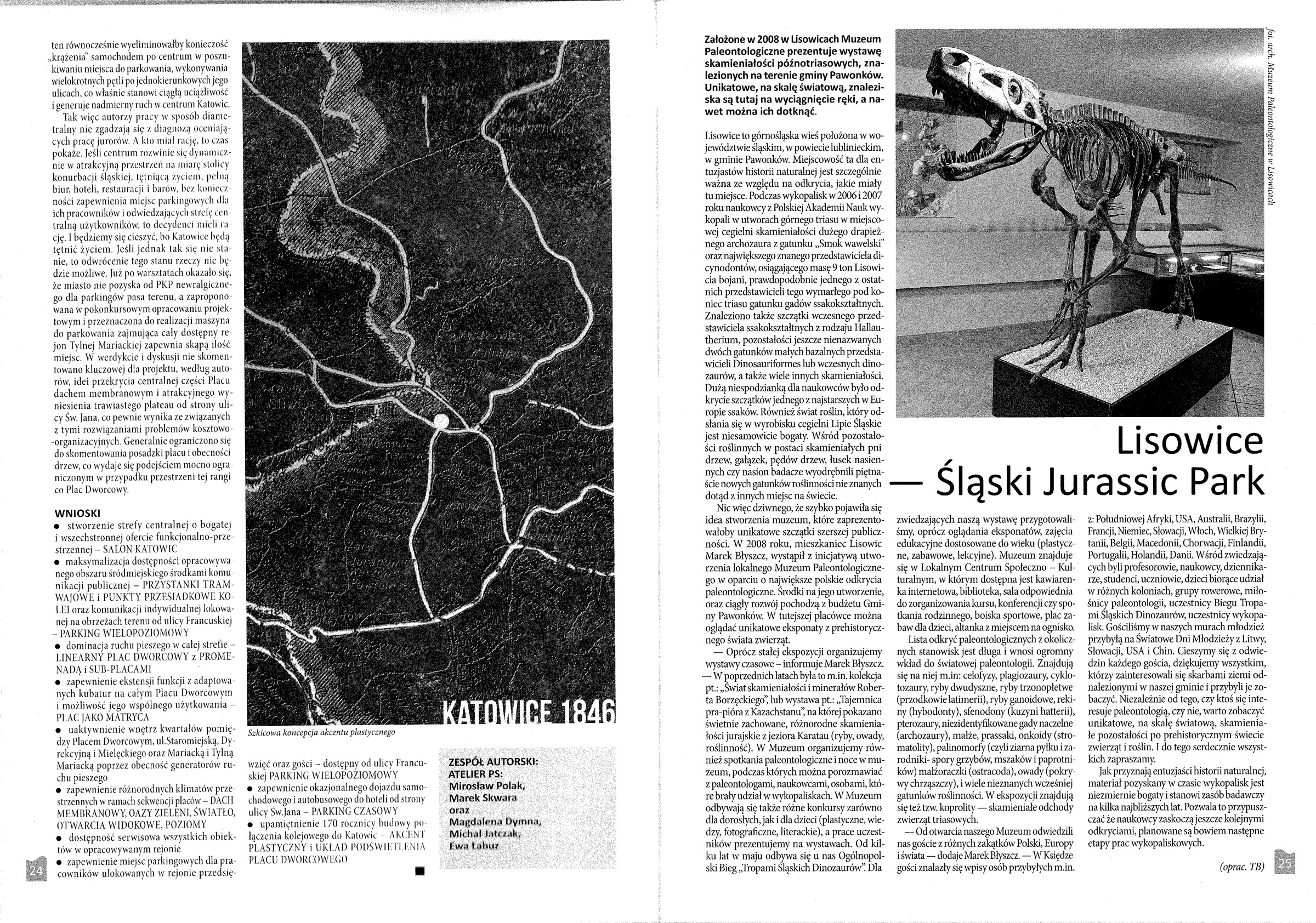