Text “What would happen if....” appeared in May ŚLĄSK edition. Marek Skwara writes about specific character of architectural practice activity, its effectivness and illustrates it with Atelier PS unbuilt projects.

In the achievements of every architect, every architectural office, in addition to completed projects, there are works whose life is limited to scratched or printed paper. The reasons for postponing the architectural concept, and sometimes until the end of the designed one, along with technical projects, are different. In this situation, each architect has a lot of, sometimes innovative, works in his portfolio, which, however, have not been finalized with implementation. And often there are definitely more of them than the built ones. They constitute a kind of design laboratory, a repository of activities, a record of exploration hitherto unknown. Made to test, try, practice and chase .....

One of the interesting "non-implementations" of Atelier PS in Katowice, because I would like to start such, is the expansion of the Academy of Fine Arts in Katowice on the plot behind the pre-war officers' casino at Raciborska Street, the author of which was Leon Dietz d'Arma. The design of the modernist facility was created in the 1930s, and the casino was put into use in May 1939. The concept of expansion was created at the end of the 1980s.

The topic of expanding the Academy of Fine Arts returned after more than twenty years in a different location. In the presented project, the body of the building, raised from Raciborska Street, allows a smooth transition from the headquarters on Raciborska Street to the studio complex on Koszarowa Street and invites you to the internal amphitheater courtyard of the Academy, covered with a membrane roof, intended for artistic outdoor activities.

So: what if? If these objects were to come into existence. Would they enrich the urban landscape, make life in Katowice more comfortable, or would they ultimately be better than those that have been realized? We probably won't find out. The answers remain in the sphere of deliberations, guesses and speculations, because some conclusions can only be drawn after experiencing the object "live", and this did not happen. But some of them can be imagined after watching the visualization, so let's take a look and activate our imagination for a moment. 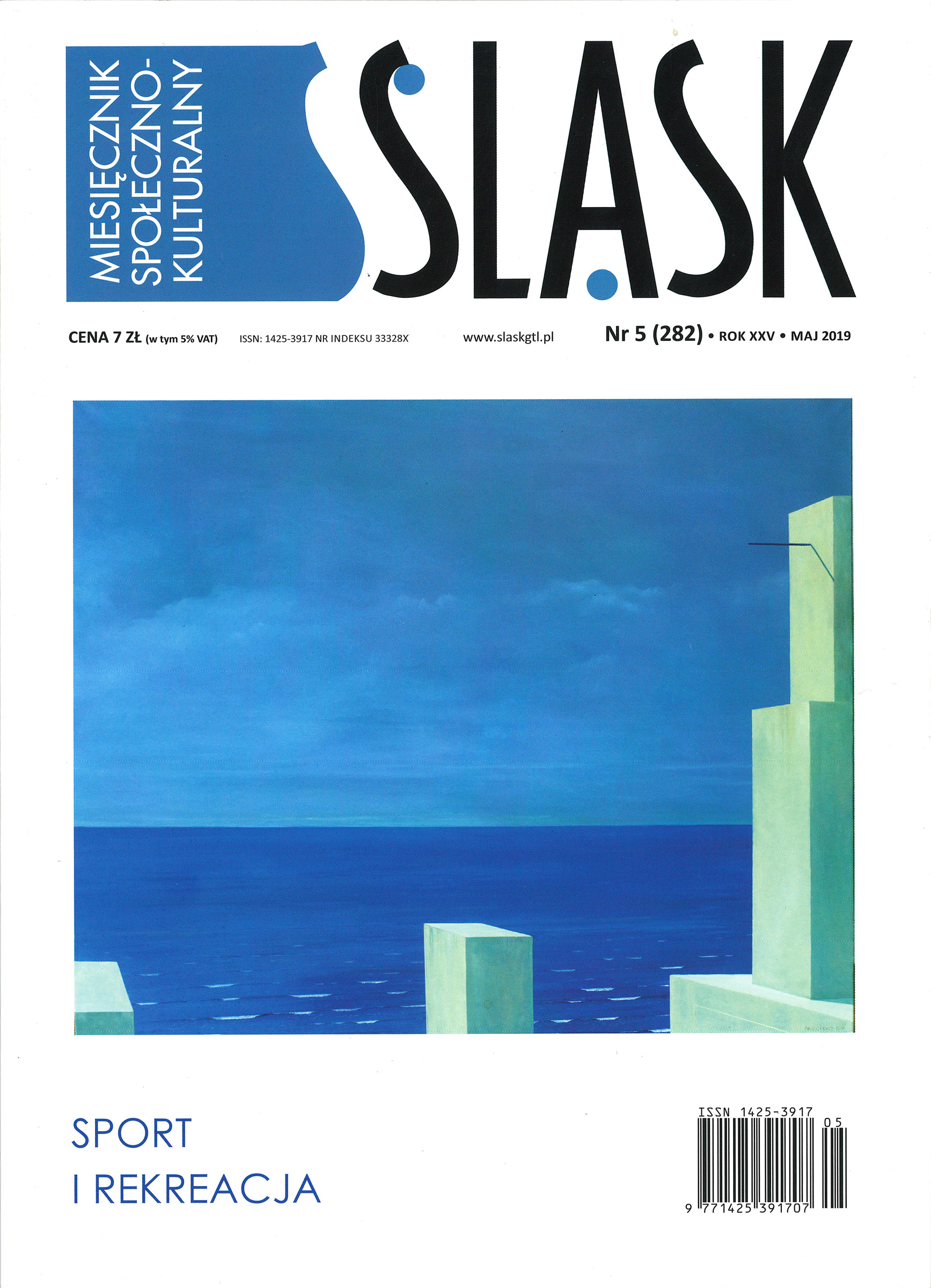 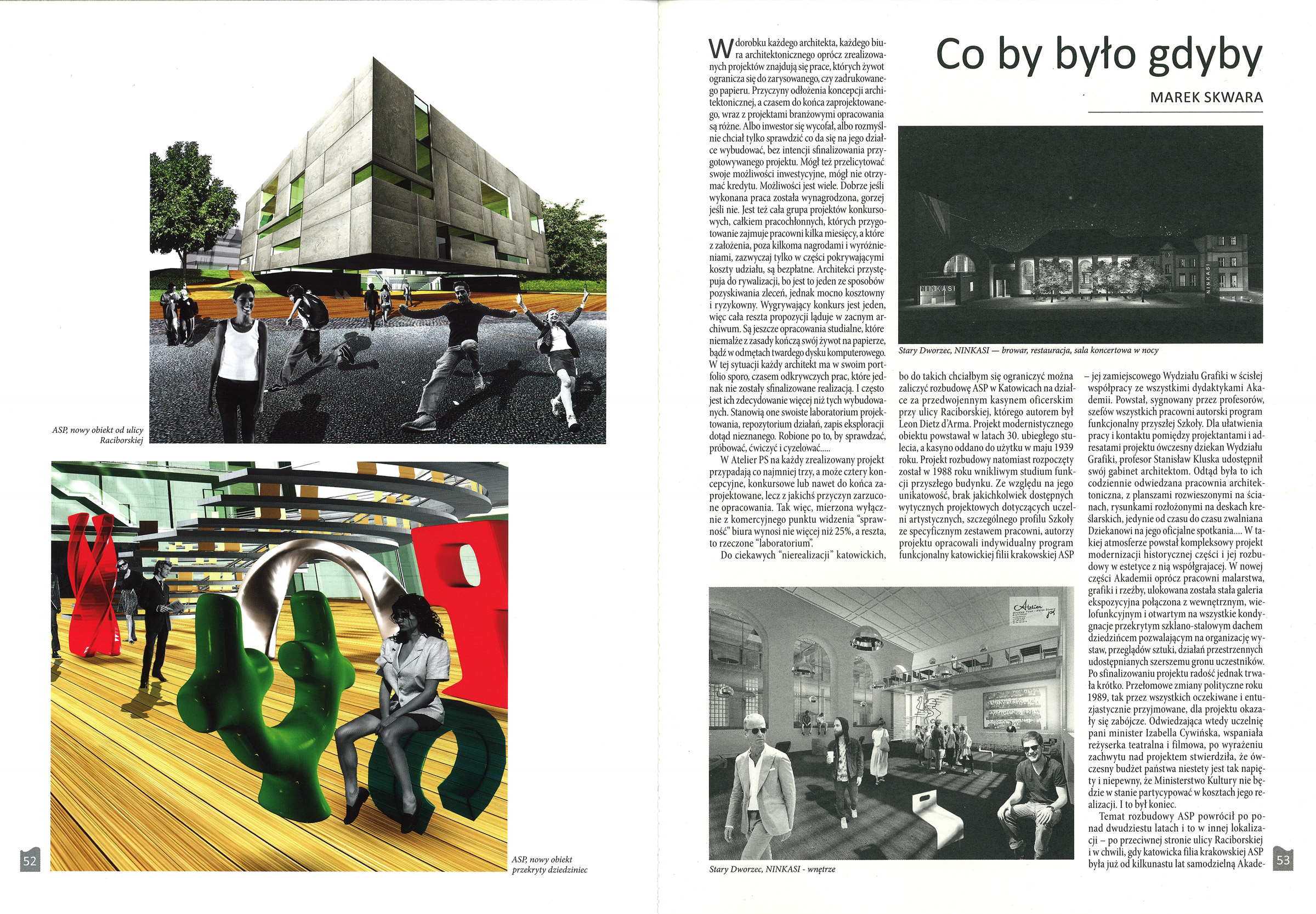 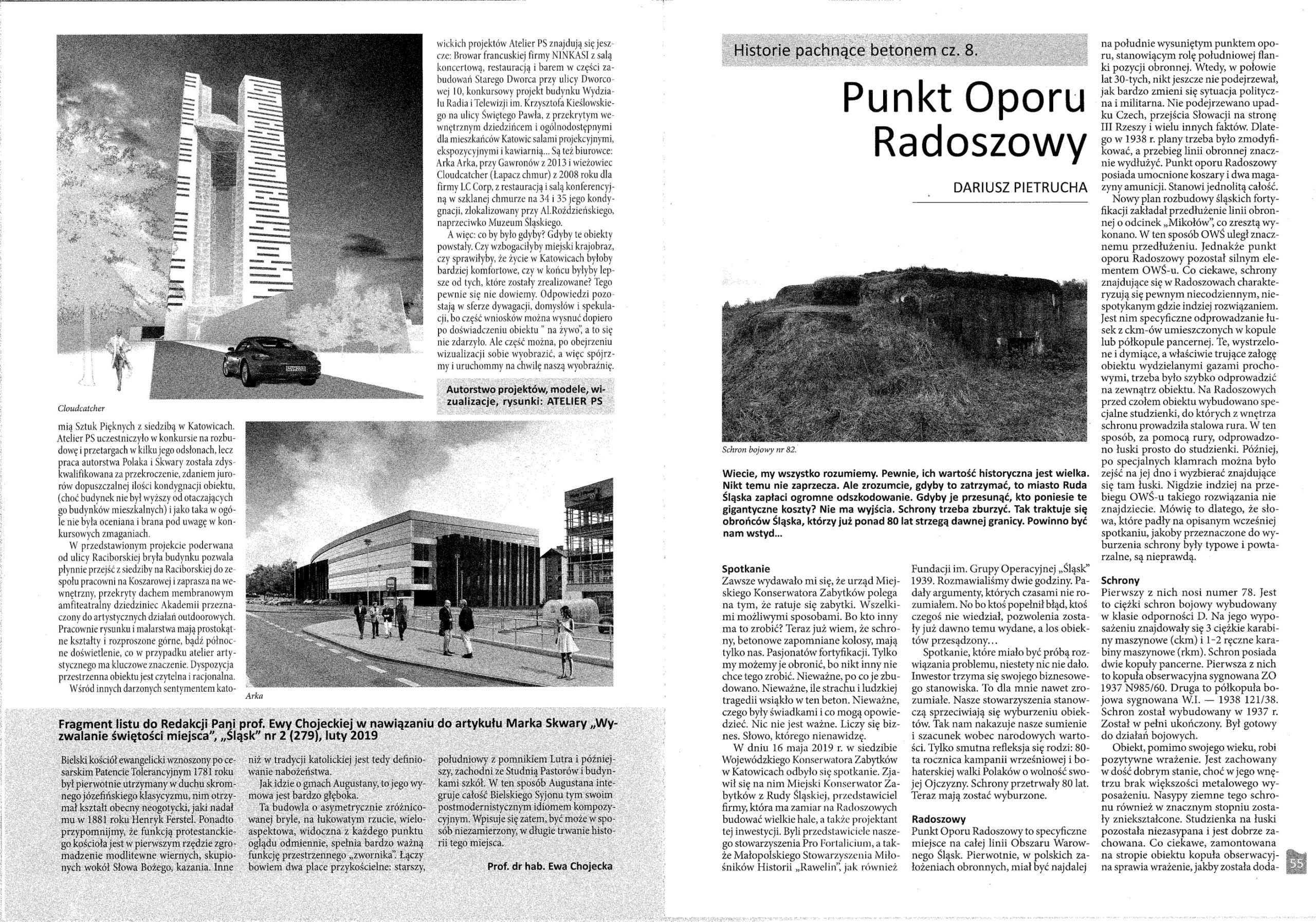