“Dialogue” by Marek Skwara and “Nomadic Showroom” by Grzegorz Stiasny, which originally appeared in monthly ARCHITEKTURA-Murator 1/1998, both depicting Katowice Skoda Showroom realised in mid-90 ties in the historical tram depot were published in ŚLĄSK magazine. Texts and photographs show metamorphosis of the object throughout more than a century of its existence.

Relatively recently, on the facade of the premises at 39 Kościuszki Street in Katowice, an intruding sign with the inscription "Promenade to the South" appeared, announcing an exhibition devoted to the history of this street located inside the building. In addition to artifacts, documents, photos, and historical studies on Kościuszko Street over the centuries, there are also "walkers", a kind of guides describing the scenarios of proposed walks in and around the former Beatestrasse Street (because that was originally the name of Kościuszko Street). Ten walkers are ten proposed walking routes developed according to different keys. Among them: "The road to the Brwinów farm", "Winckler versus Warzecha", "The largest developers of Katowice", "Organic urban space", "Residences surrounded by gardens", "Old zone of culture", "Top 10 Kościuszko", to name a few, but also "Promenadenstrasse". This stroller follows the traces of the no longer existing buildings located along the promenade, as Kościuszko Street was once called, although not quite ... Because the tram depot object discussed in it does not exist in its original form, but it has been successfully developed for over twenty years years as a Skoda car showroom and from what I have heard it is shown during guided walks, as an example of a successful adaptation of historical space for a modern function in this area,

At the beginning of the 90s of the last century, a project was created to adapt the hall to a Skoda showroom and service station. The showroom in its exhibition and service part uses the full volume of the historic hall. In the reception and office area located in the middle of the projection, a mezzanine was built on the tube (to which the media are connected), containing toilets, kitchenettes, main electric boards. A two-story spare parts warehouse and a boiler room with a social area are located in closed cubicles, while offices, the boss's office, reception desks, a showroom and a service center are an optically connected multifunctional space separated only by glass screens with individually designed fixings. They are like a theater space because they are the field of the performance. Buying a car is still a kind of celebration and is subject to unchanging rituals. Watching it, trying it out, acquiring it and then integrating services, repairs, purchasing parts and gadgets, are the elements of this spectacle. As this process best informs and advertises the essence of the project, the front elevation facing Kościuszko Street has been fully glazed. The whole project, especially the evening full of lights, is clearly visible from the passing cars, from the tram platforms and from the pedestrians walking along the park promenade.

The solutions I am writing about showcase their technical features and determine the aesthetics of the interior, which, together with the existing roof truss structures and the original wooden soffit, illustrate the engineering dialogue of the beginning and end of the 20th century. Set in the open space adjacent to the park, they prove that it can be restructured while retaining the traces of Silesian industrial architecture. Bring them back to the present day by giving new content and adding new forms. And it can be done even in a natural setting. This is a process we cannot escape. Decapitalized plants, mines, steel mills ... And the problem is, of course, not only architectural, but above all social. So let's try, because one conditions the other ... 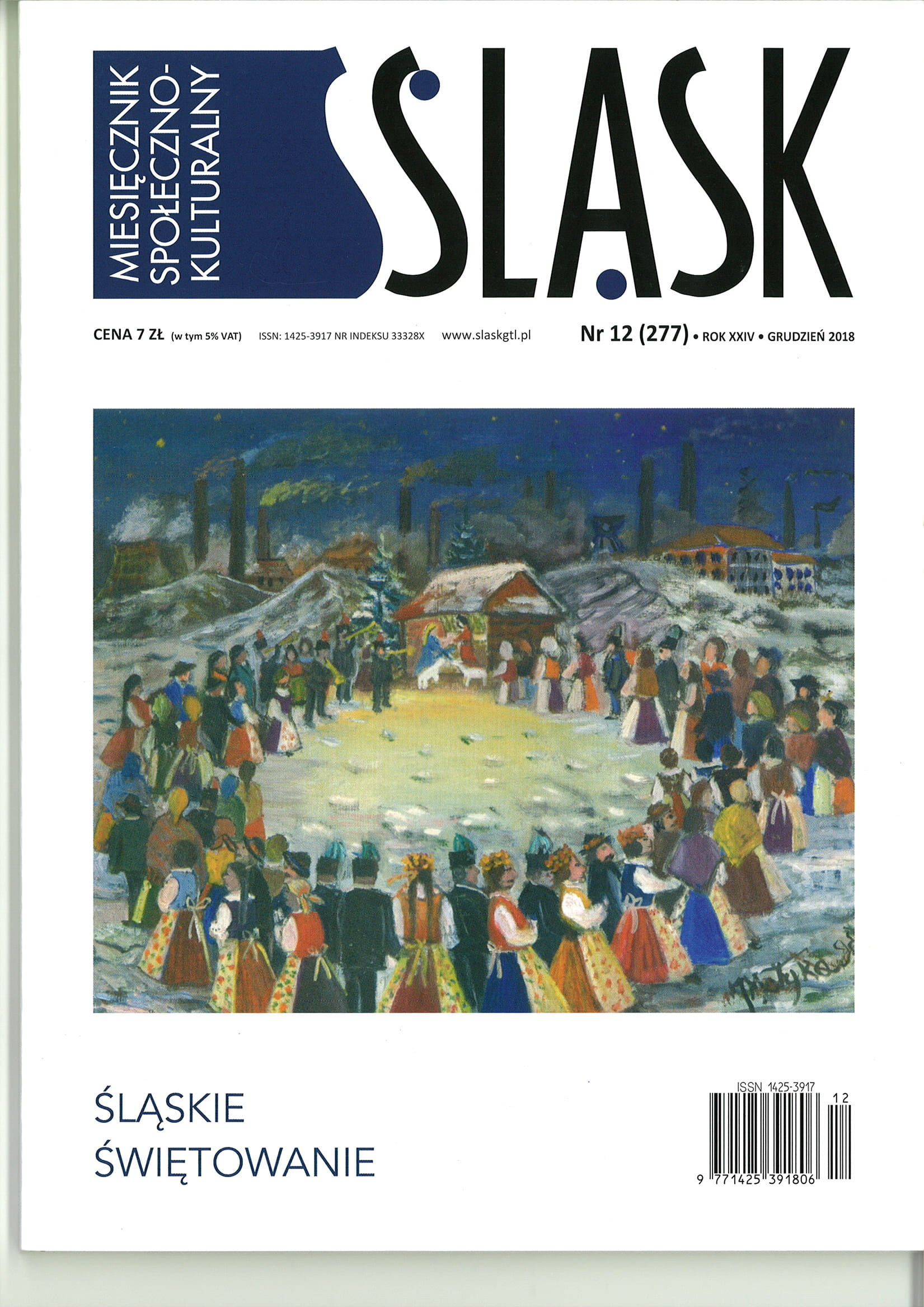 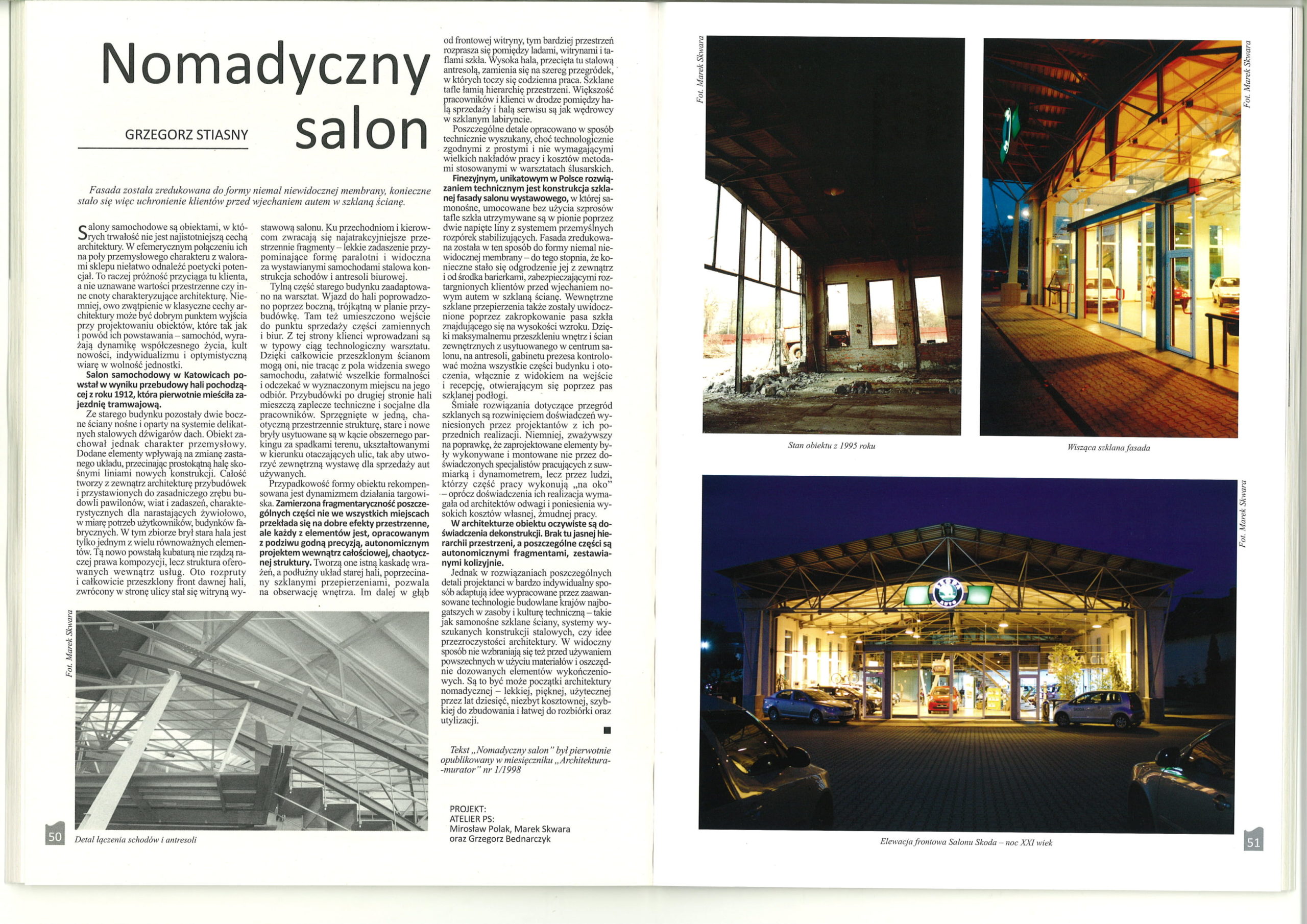