Construction between the Raciborska and Koszarawa streets in Katowice, the didactic, research and cultural building together with the development of the area for an open park of spatial forms
2008

Another topic of ASP extension appeared at the beginning of the 20th century. Location: on the opposite side of Raciborska Street. At the time when the Katowice branch of the Krakow Academy of Fine Arts has been an independent Academy of Fine Arts based in Katowice for several years already. Atelier PS participated in the competition for expansion and tenders in several of its editions, but the work by a Polak and Skwara was disqualified for exceeding, in the jury's opinion, the permissible number of storeys (though the building was not higher than the surrounding residential buildings) and as such, has not been evaluated and taken into account at all in the competition.

In the project presented, the building's shape, hovering over Raciborska Street, allows a smooth transition from the headquarters on Raciborska to the studio complex on Koszarowa and invites you to the internal, covered with a membaran roof of the Academy's amphitheater courtyard designed for artistic outdoor activities. Drawing and painting studios have rectangular shapes and dispersed upper or northern lighting, which is crucial in the case of an artistic studio. The spatial disposition of the object is legible and rational. 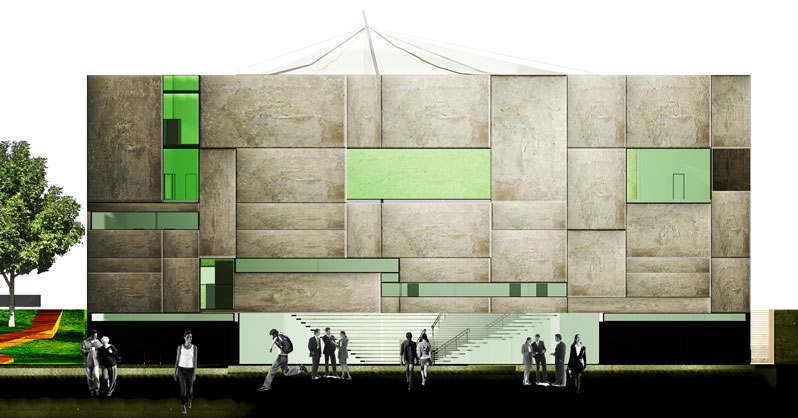 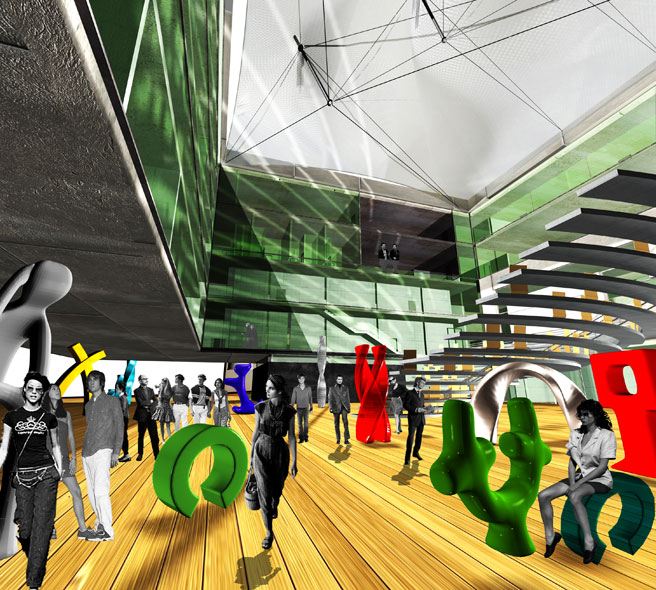 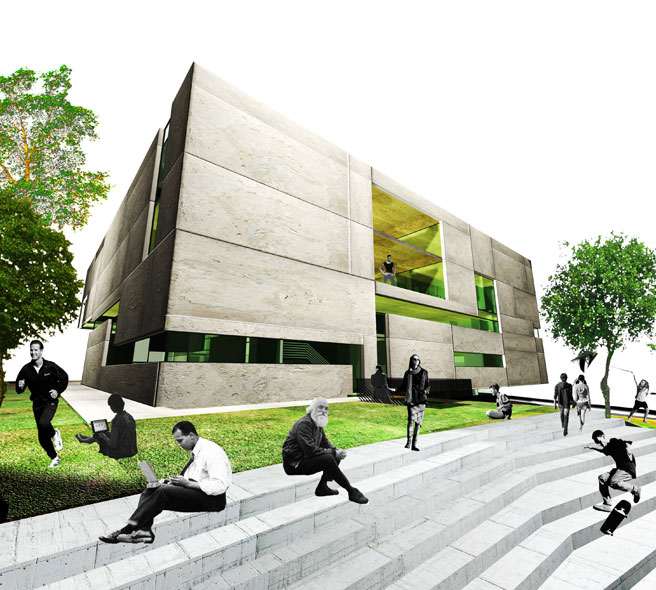 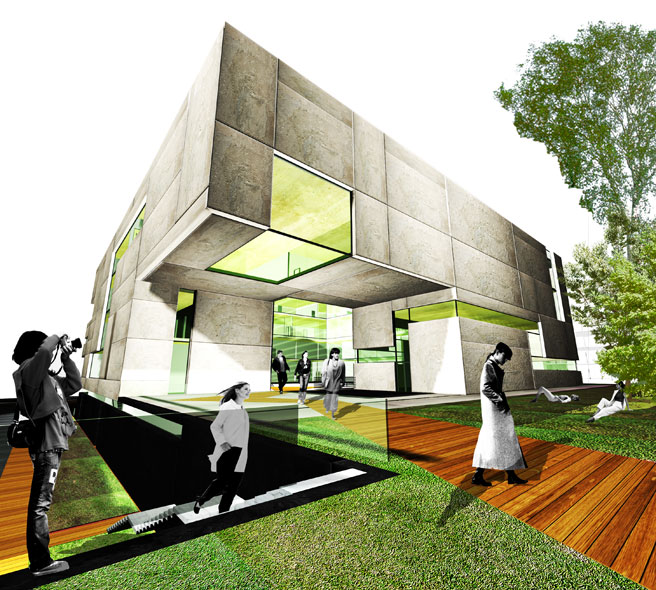 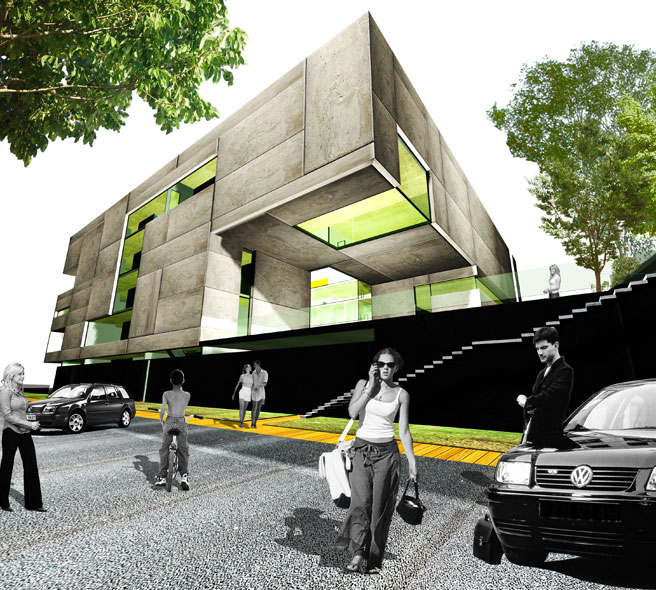 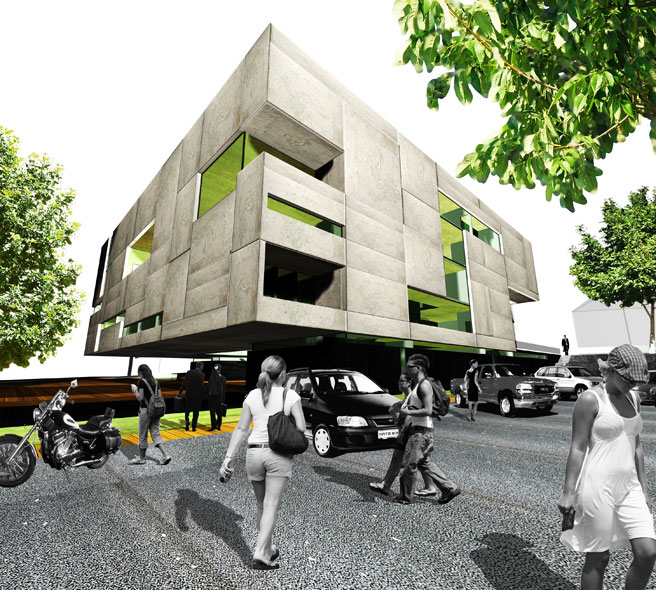 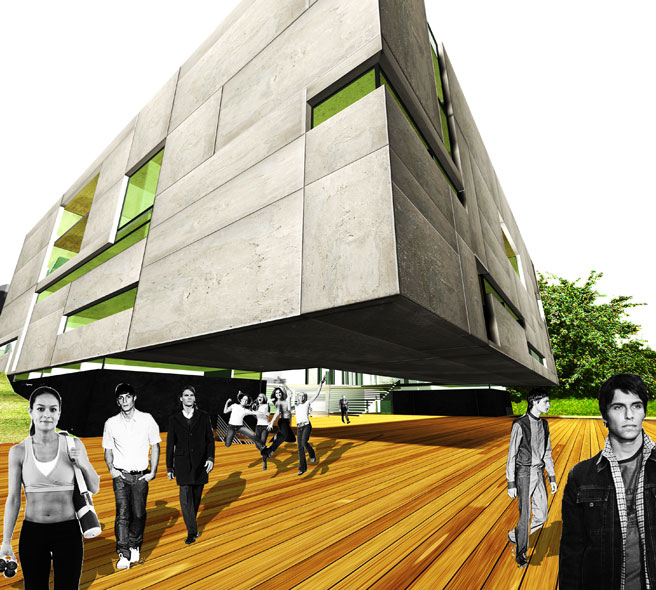 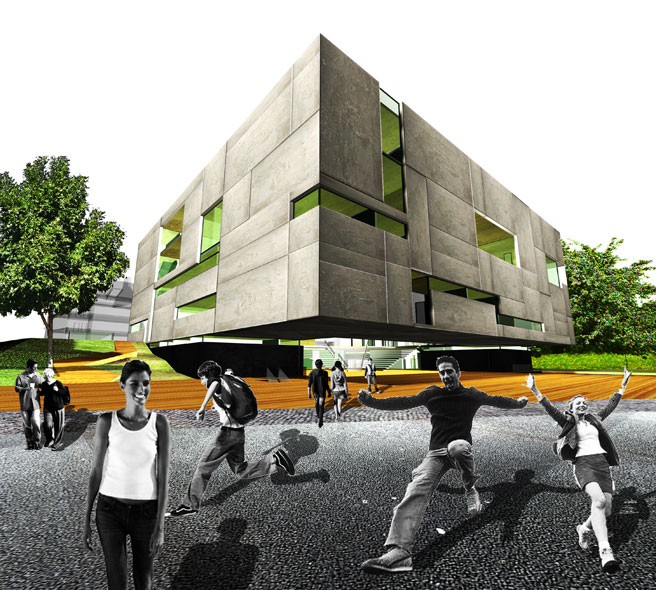