09/2018 edition of montly magazine "ŚLĄSK" with "Katowice Creative City" subtitle. Marek Skwara focuses on the project of the Academy Quarter of the Silesian University located in the center Katowice which was elaborated by Atelier PS and won the 1st Prize in the Project Workshop organized in 2014 by the Katowice Local Authorities, Silesian University and Katowice Branch of Polish Architects' Society (SARP).

Design workshops, which were organized in 2014 by the Katowice City Hall, the University of Silesia, in cooperation with the Katowice branch of the Association of Polish Architects, aimed to answer the question about the directions of functional and spatial development of university areas located in the center of Katowice. According to the professional jury of the workshops, the winning study most accurately outlined the way of shaping subsequent university buildings and spaces along the Rawa River, the construction of which on its southern side was initiated by the construction of the Krzysztof Kieślowski Faculty of Radio and Television in 2017.

Recently, integration activities between universities and attempts to consolidate ventures, locating new universities near the old ones, transferring university units and academics from the outskirts of cities to their centers create a chance to make the enormous intellectual, cultural and human potential related to higher education in the city visible and legible, students and academics are visible, naturally filling the central zones of cities, giving them life, at a time when most cities begin to suffer a sharp decline in population.

The presented concept implements this intention and proposes to develop the integration of the emerging district by eliminating the barrier constituted by the Rawa river bed. So, the streets: Św. Pawła, Wodna, Górnicza "pass" to the northern side of Rawa, and at the junction of the functioning university campus and the new Academic District, there is a central square, the Agora, which is the keystone of the entire urban layout. This is where the center of gravity of the entire functional and spatial system is shifted - in front of the CINIBA facility, next to the passage with the Rector's Office of the University of Silesia, near the Faculty of Law, in front of the planned Faculties of Philology, Biotechnology and Biodiversity, student dormitories, at the intersection of the east-west axis, where : Faculty of Biology and Environmental Protection on the one hand and the planned sports hall on the other, with a north-south axis that connects the area below Warszawska Street with several universities and an entertainment zone located there, with the northern cultural zone, where the Spodek has been operating for years, and recently : The seat of the NOSPR, the Silesian Museum and the Congress Center.

Creating a District, in a wider range of the Academic Zone, will initiate the process of revitalizing one of the key, so far neglected districts of Katowice. On the basis of the "domino effect", it will result in the localization of related functions, ennobling the city in this area. It will give impetus to the renovation and adaptation of the historical buildings present there, and it will enhance the value of the functioning (Evangelical Church of the Augsburg Confession, the former seat of the National Bank of Poland, Elżbietanek Hospital). It will result in a strong integration of academic activities with the processes of rebuilding the urban tissue in the spatial, social and cultural sense. To a greater extent, it will lead Katowice out of the collapse associated with the disappearance of traditionally understood industry on the path of sustainable development based on valuable human resources, modern economic initiatives, having a back-up in scientific and didactic institutions, developed together and for the benefit of the inhabitants living here and attracting new ones. Because the potential of Katowice as the capital of the only conurbation in Poland is huge. It is not only the old industry with its roots growing advanced, new branches, not only technical sciences and traditional social ties that have been functioning for years, but also the developing humanities, openness to otherness, diversity and European values. The role and importance of the academic environment and the realities (including spatial ones) in which it will function cannot be overestimated. Silesian academic circles can become a driving force for the development of the economy of the city and the entire region. 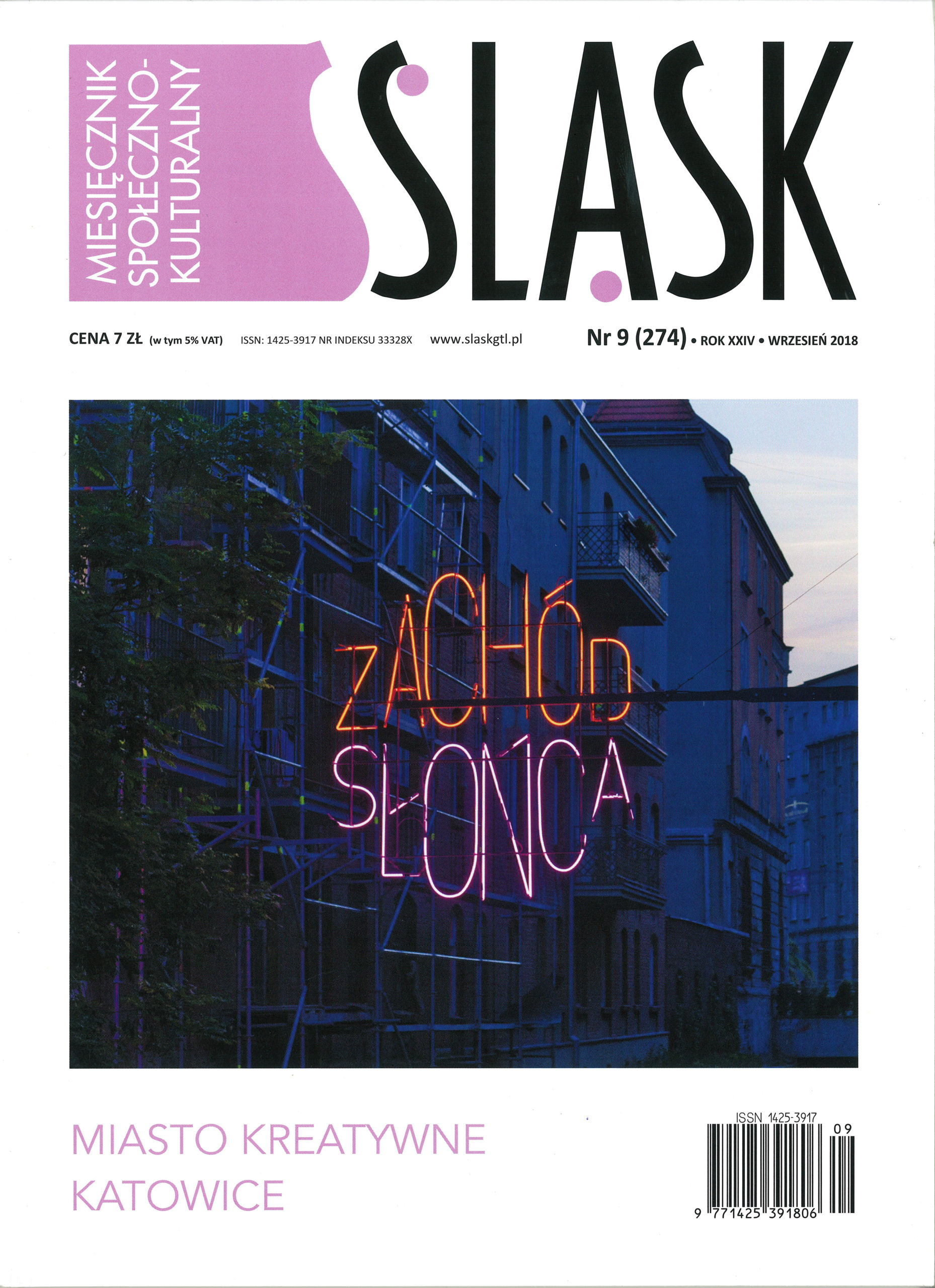 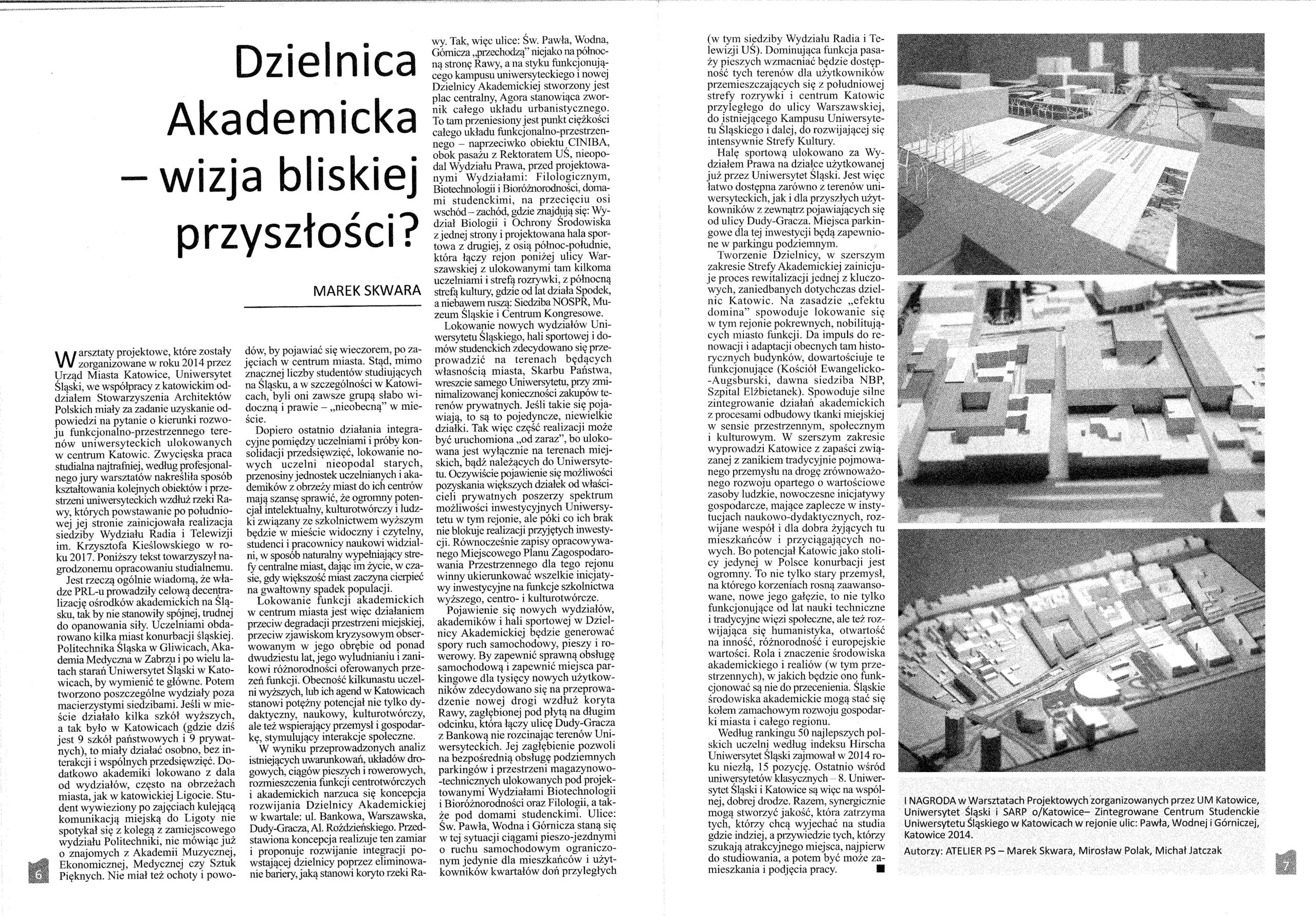