For years, building in Jasna Góra has a specific character. New investments at the "Monument of History" facility consist in "recovering" underground spaces within existing walls, without altering the silhouette of the monastery. In 2004, thanks to the Pauline fathers and priest Zdzisław Peszkowski, chaplain of the Katyn Families, the idea of ​​creating the Chapel of the Golgotha ​​of the East in Jasna Góra was born. The first idea was to place it in the basement of Jaslin Góra Rawelin, but it's underground chambers turned out to be too small. The peripheries of the fascinating underground world of the Monastery revealed the strength of another part of it. Established in the seventeenth century, the Bastion of St. Barbara, who remembers the defense of Jasna Góra against the Swedes, were the walls of the surrounding chalky limestone "wrapping" the rocky elevation, in parts covered with rock rubble, with a pentagonal plateau surrounded by walls with cannon holes. This formed bastion, called during the following reconstructions, the Lubomirski Bastion was enlarged and enclosed with a brick wall reaching several meters thick. The space between the old and the new wall was formed into a kind of impressive casemates with a brick barrel vault. And the casemates space constructed in this way, reminiscent of Piranesi's "Prison of the Imagination", inspired designers from Atelier PS and decision-makers to choose it for the location of the future chapel. After analysis, the casemates surrounding the central bastion, due to their shape and surface limitations, had to be added to their potential internal space, defined by old walls, which, however, was a secret. Performed GPR and thermal imaging studies suggested the lack of internal chambers, rooms or corridors that appear in other bastions of the Monastery. This space was entirely filled with native rock and rubble. After initial research, the decision was made. The future chapel will occupy the entire space of the casemates, as well as the underground, hollow interior space of the Bastion of St. Barbara. 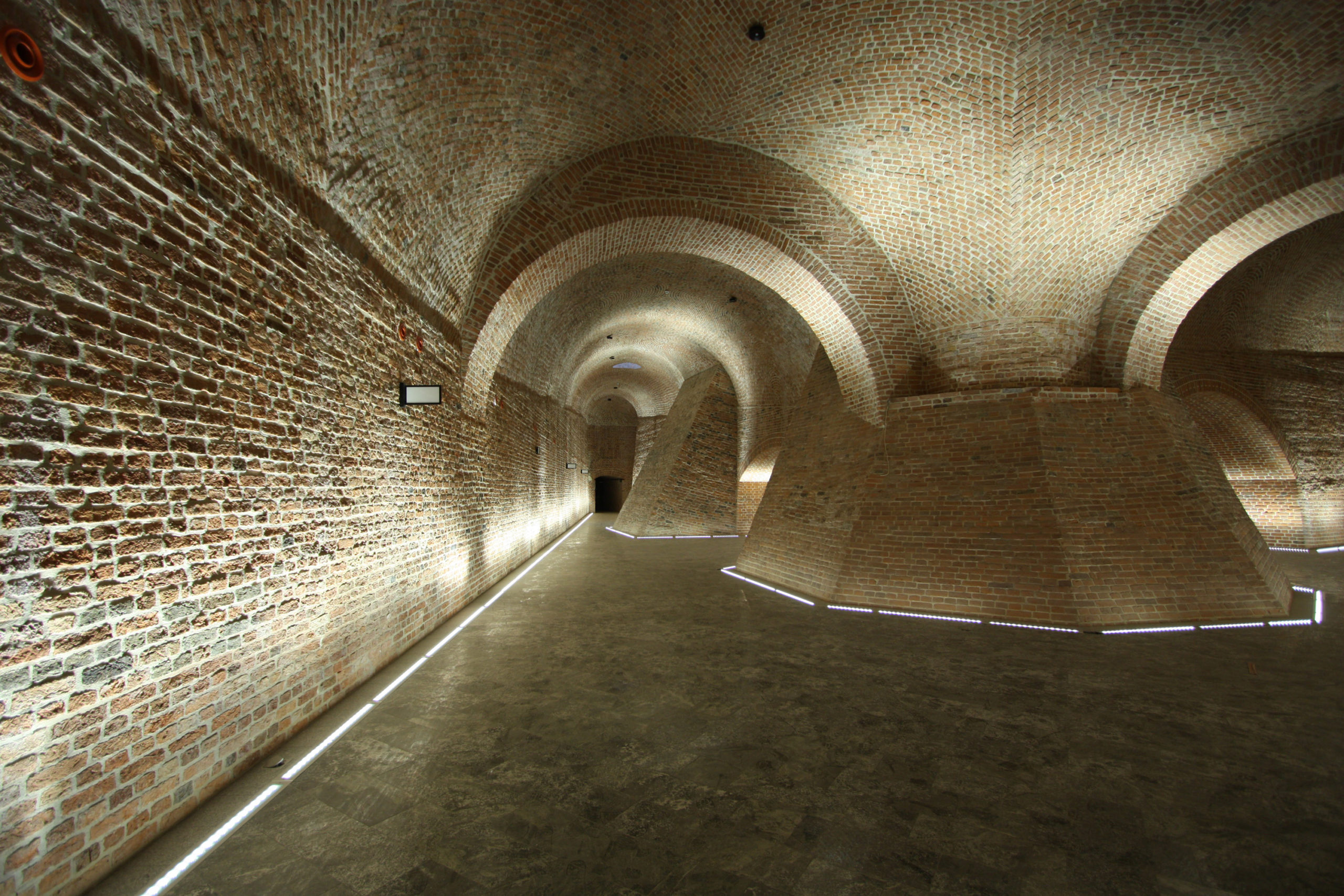 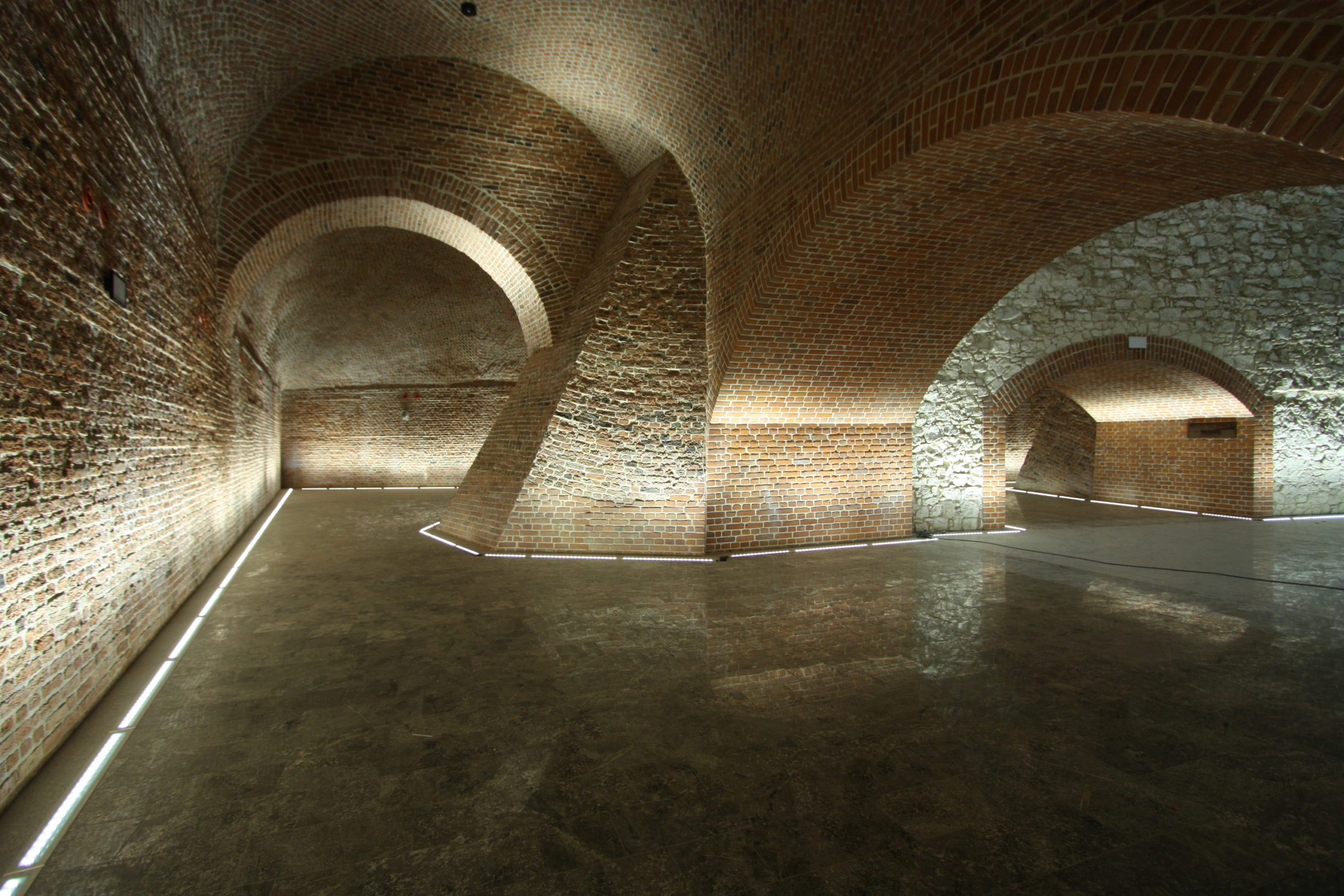 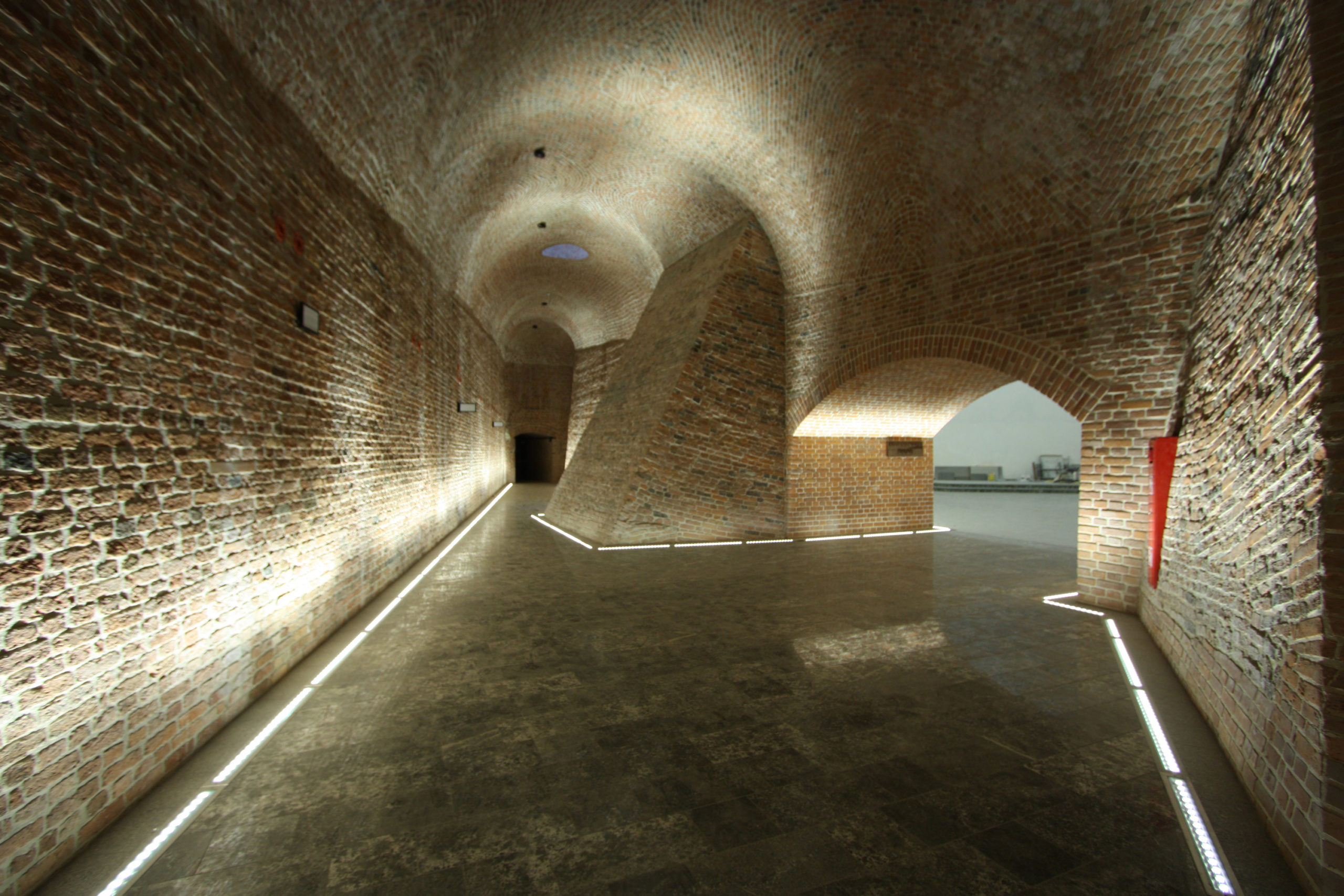 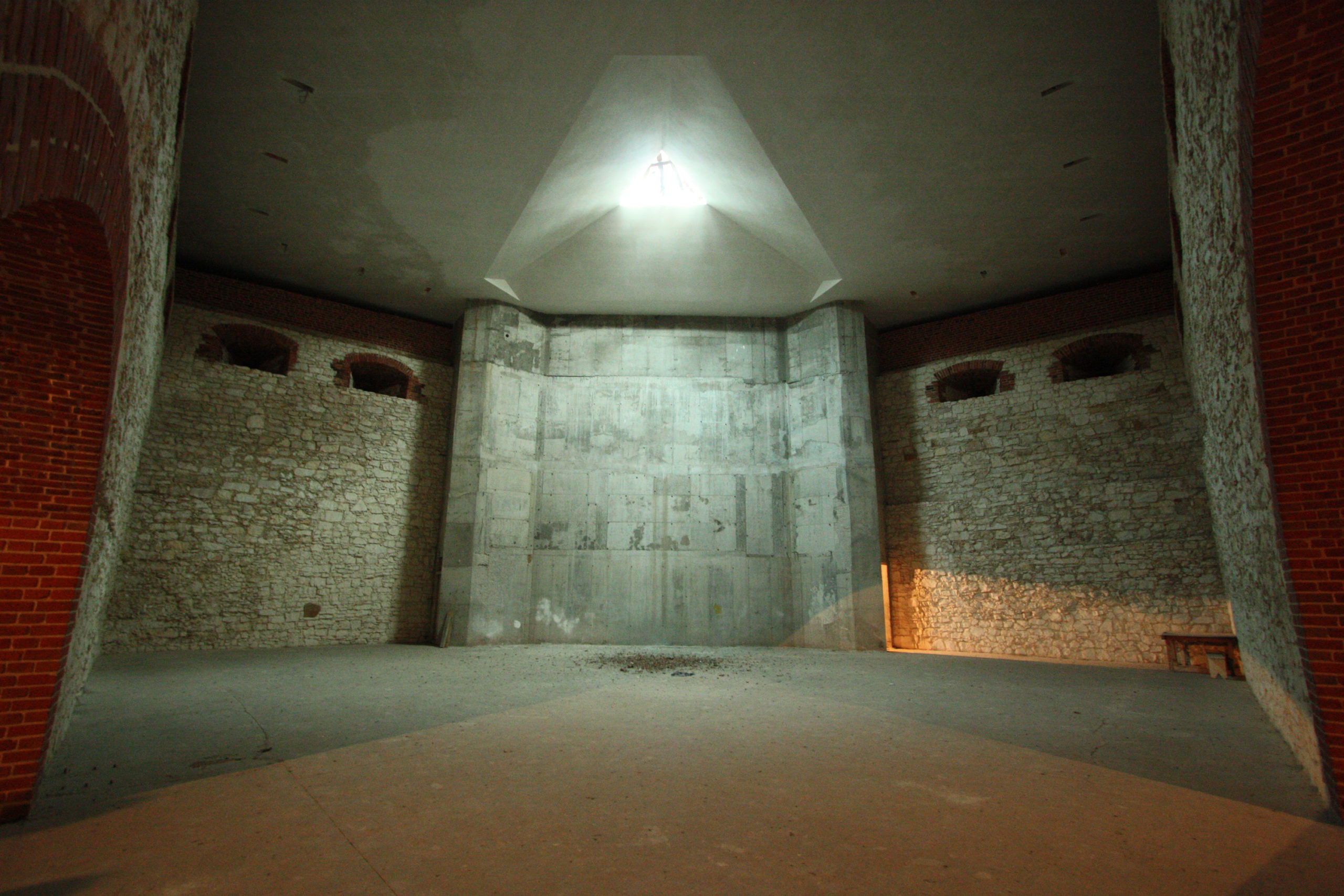 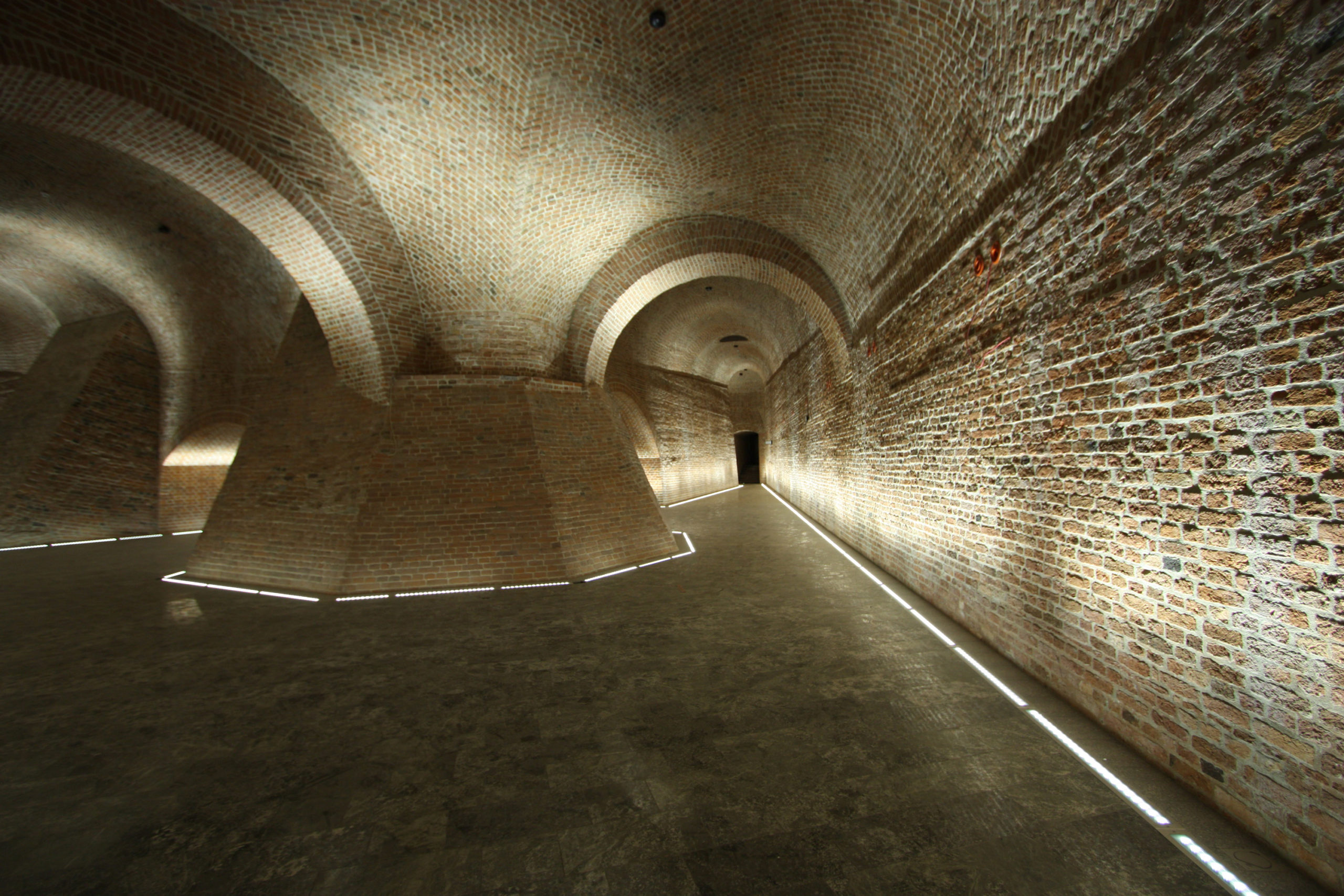 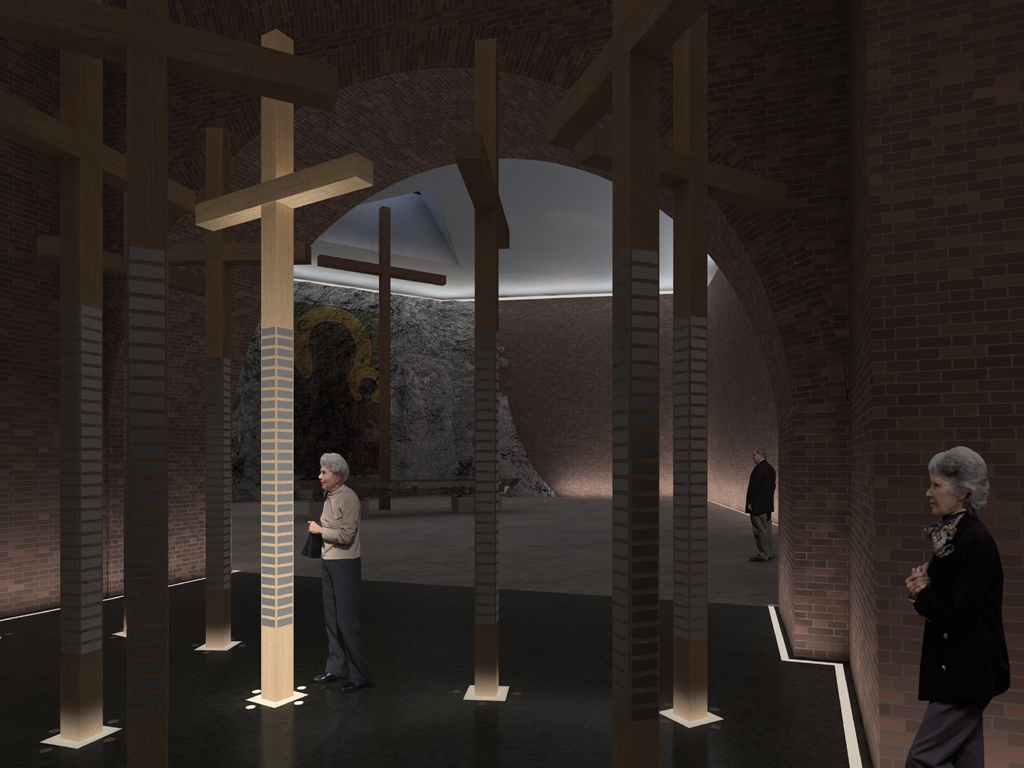 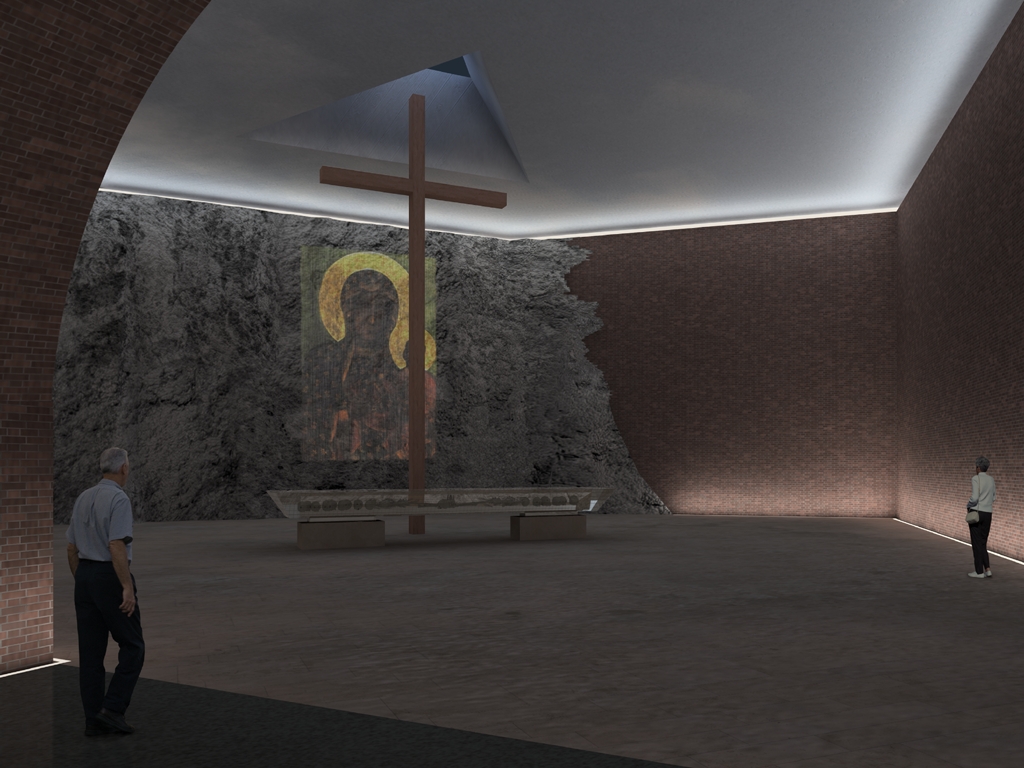 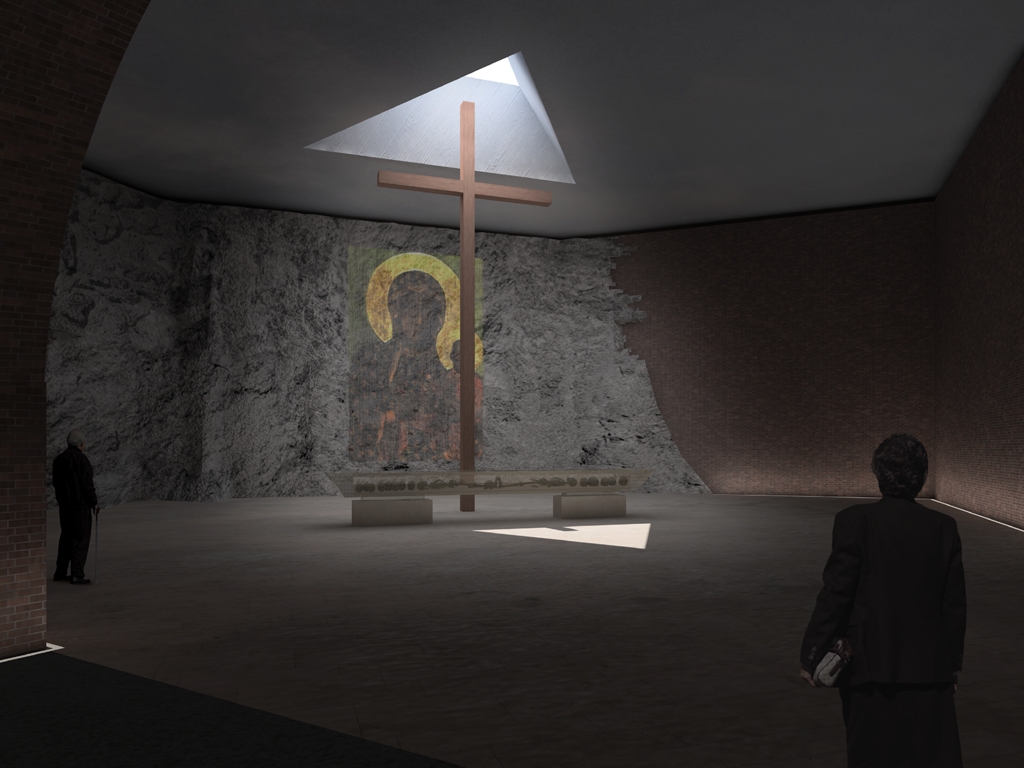 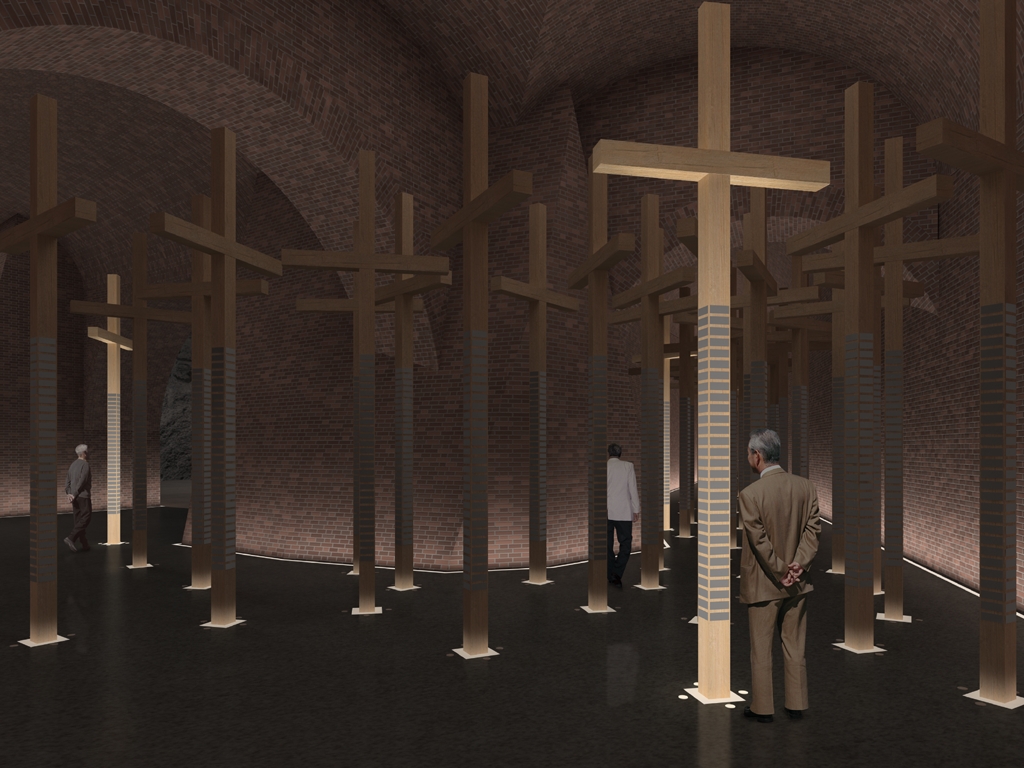 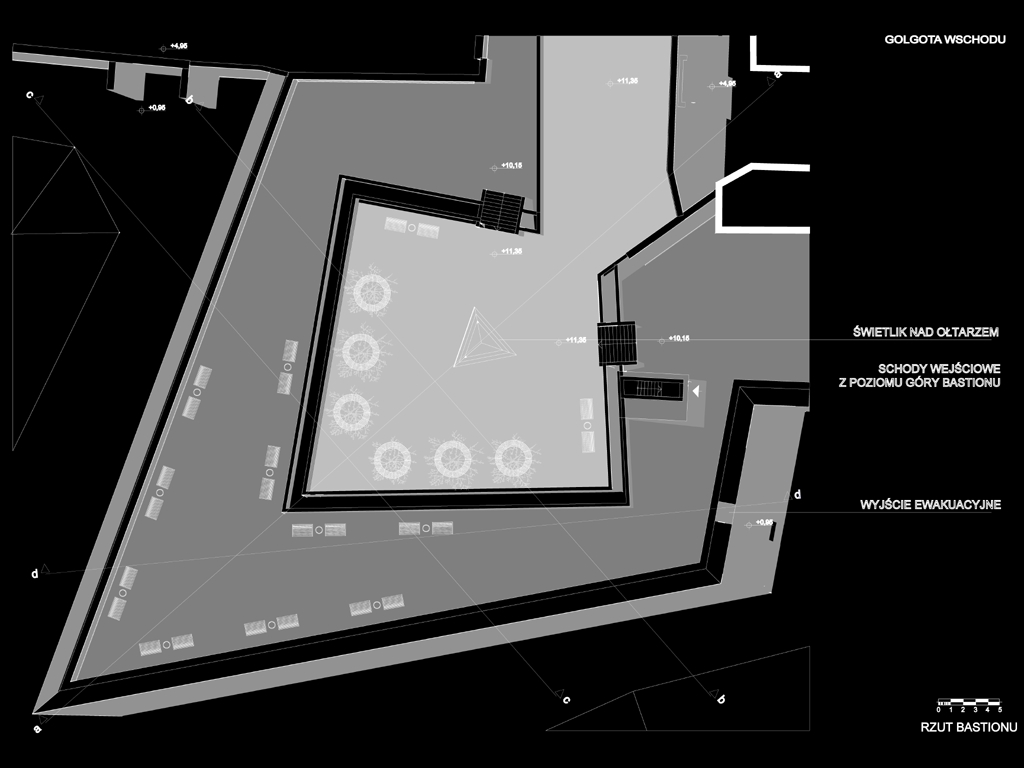 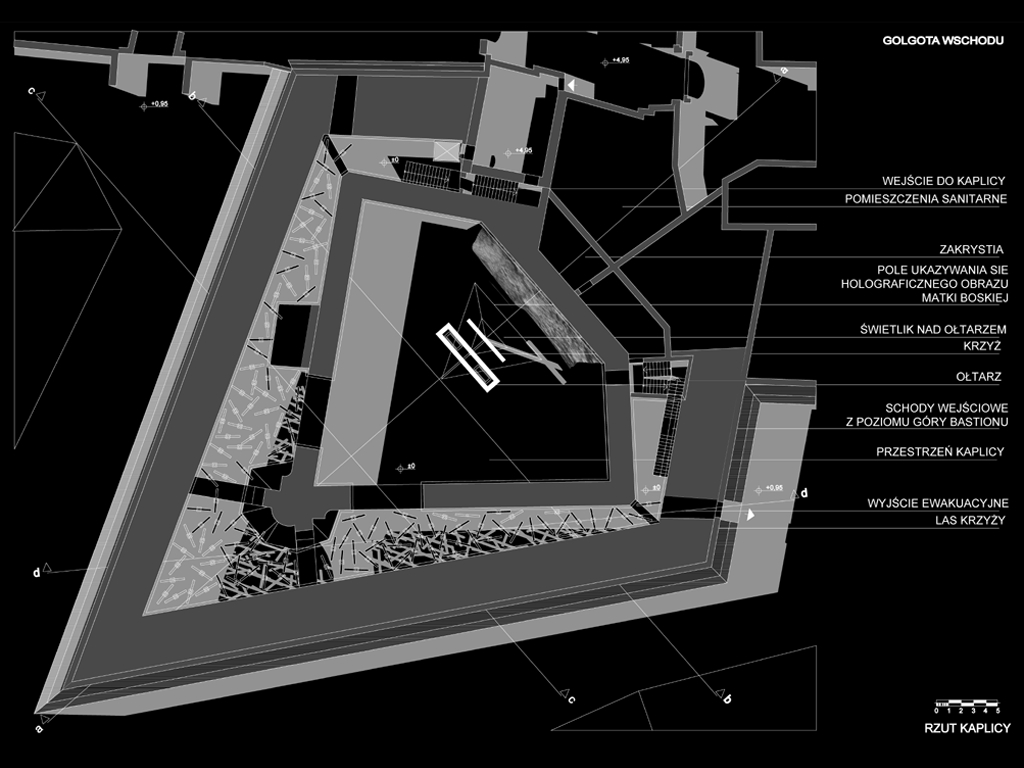 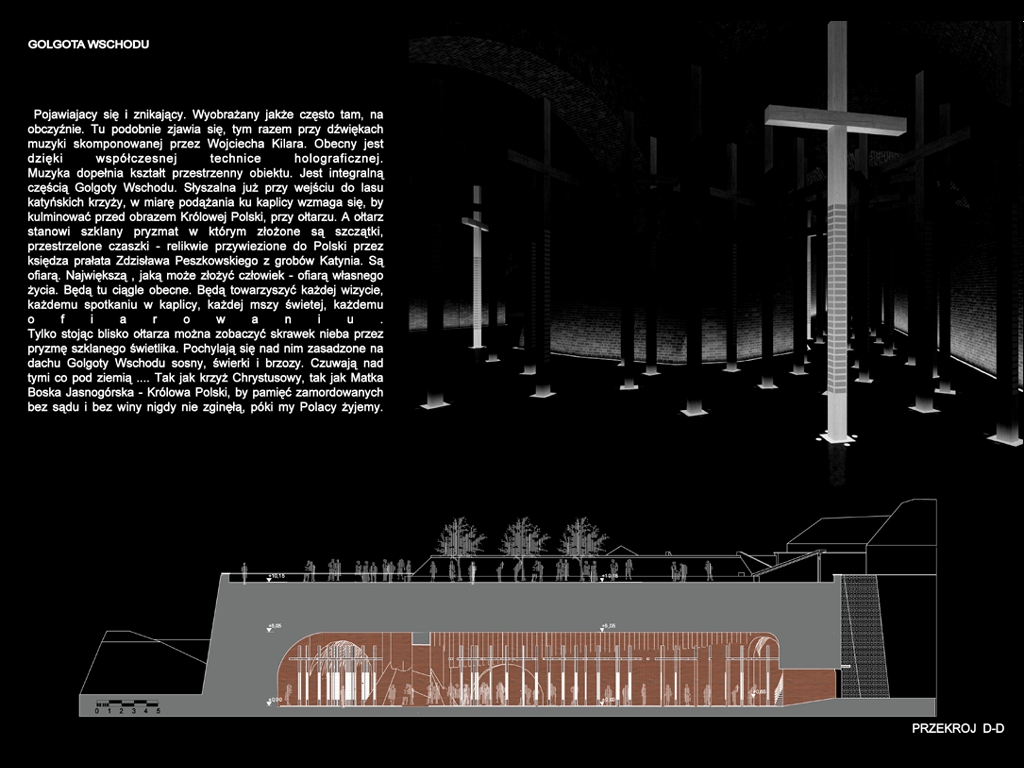 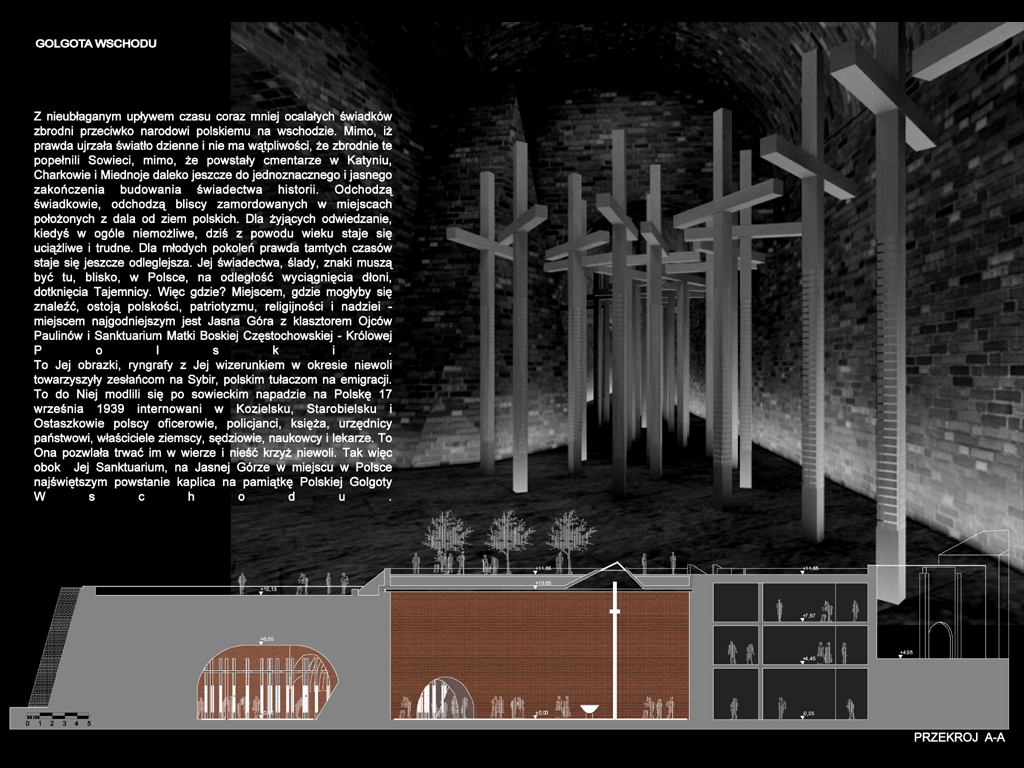 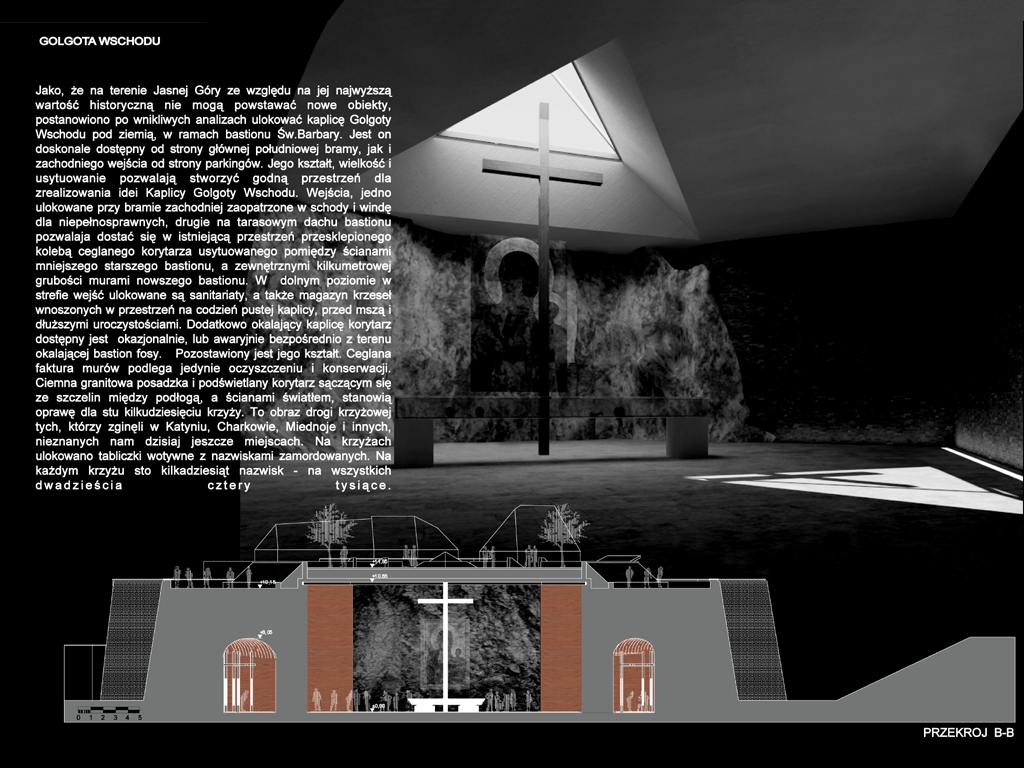 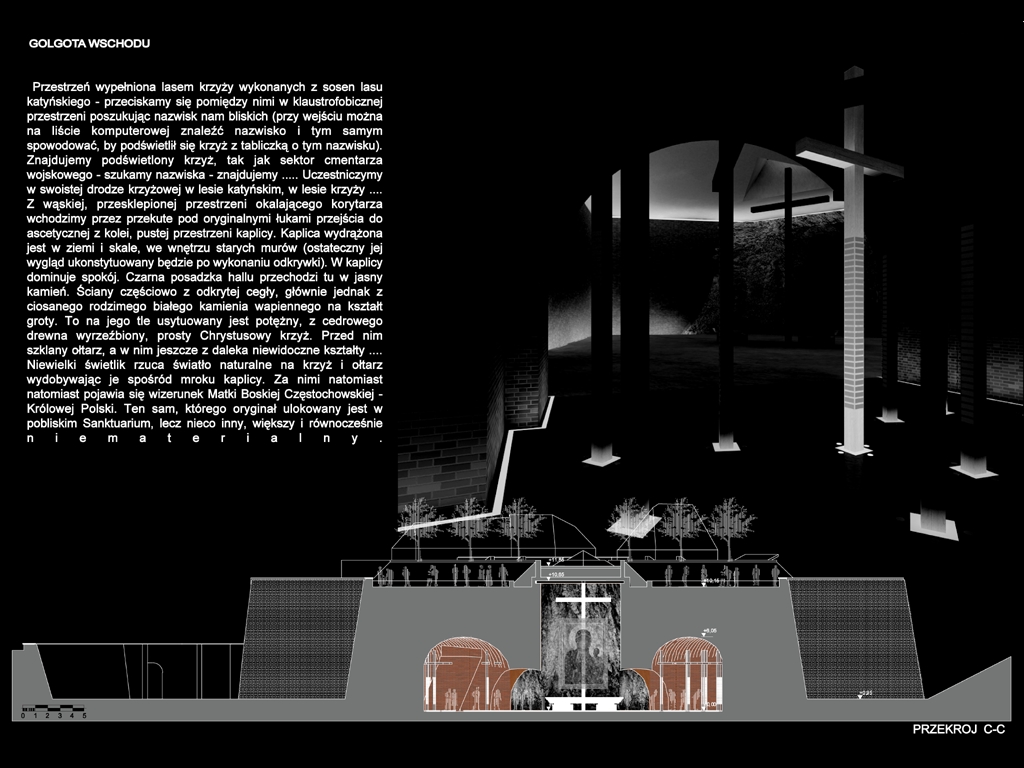